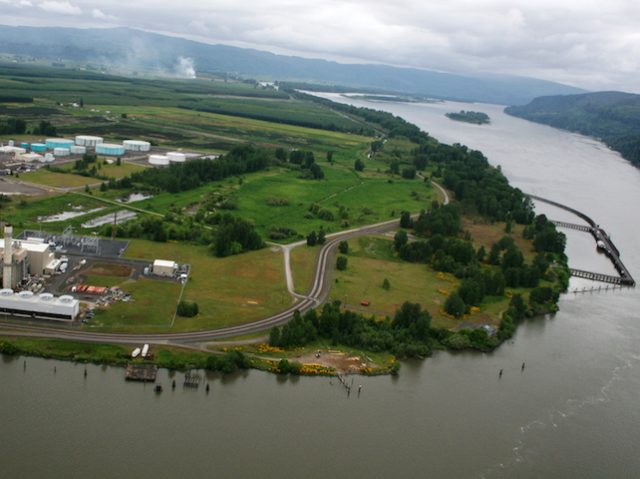 Along the Columbia River, Port Westward exhibits a delicate balance between development and agriculture, hosting some of the best farmland in the entire country. Local farmers grow heirloom peppermint, native spearmint, and plenty of delicious blueberries. These high-quality farmlands are protected under Oregon’s land use laws and Statewide Planning Goal 3, which protects agricultural lands . But the Port of Columbia County (formerly Port of St. Helens)—which owns Port Westward—and Columbia County appear to not place much value on this precious resource.

The Port of Columbia County has proposed rezoning 837 acres of farm land for industrial use to allow fossil fuel export. Although part of the port already zoned for industrial use remains undeveloped, the county approves of the proposal to pave over the economically-productive farmlands, permitting the landscape to be forever changed.

In order to get around Oregon’s land use laws which include the protection of farmland, Columbia County needs to justify why the land shouldn’t be kept for agriculture and why there are no viable alternatives. The County has failed to explain their proposal in order to hide their true motivation: opening Port Westward to exports of fossil fuels.

Unfortunately, Oregon is all too familiar with the threat of fossil fuel export projects. There have been six different attempts in recent years to make the state’s ports into major coal, oil, and natural gas transport gateways to the Pacific. Each project would greatly damage the region’s waterways, wildlife, and human health. Increased usage of fossil fuels would exacerbate the devastating effects of climate change, which are already causing rising sea levels, reduced snowpack and water supplies, drought, fire, and disease. The fight over Port Westward will significantly impact our state’s energy future.

This case presents an important question in our state’s land use: Will we defend Oregon’s land use laws and Governor Tom McCall’s legacy, or will we allow corporate interests to dictate our future? For 45 years, we have valued the preservation of the land. The law enshrines our commitment to “preserve and maintain agricultural lands.” We can’t allow Columbia County to circumvent the law, especially not when over 800 acres of farmland and the farmers who take care of them are at risk. Furthermore, several parcels of land border critical fish habitat, areas which would be destroyed with industrial development. The proposed changes to Port Westward would impact water resources that local farmers depend on for their sensitive crops, including organic blueberries. 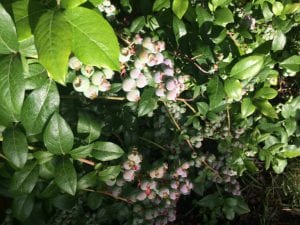 Permitting an exception to the law to rezone Port Westward would permanently ruin a beautiful and economically-productive agricultural landscape. We are determined to protect this farmland and prevent fossil fuel export proposals at Port Westward.

In 2014, the Port of Columbia County and Columbia County attempted to rezone the 837 acres farmland for industrial uses—effectively doubling the existing, underutilized industrial park. On Columbia Riverkeeper’s behalf, we successfully challenged this action to the Oregon Land Use Board of Appeals (LUBA) in 2014. LUBA rejected the Port’s argument that the area needs more industrial-zoned land to thrive. The Board ruled that the County had to narrow the scope of its proposal and evaluate any potential impacts before approving the goal exception and zone change.

In order to get an exception to Oregon’s Statewide Planning Goal 3 protecting agriculture land, the applicant must specify one of three reasons for rezoning and provide a detailed explanation for why there is no alternative to the proposed location. The Port recognized the public’s opposition to opening the port to fossil fuel export, so instead of providing identifying its proposed uses for the site, it sought approval for a broad range of heavy industrial uses. Fortunately, LUBA recognized this and forced the County and Port to narrow the proposal.

After supposedly redoing its analysis, the Port of St. Helens reinitiated the process in 2017. However, the exception request still proposes multiple broad use categories without specifying why the rezoning was necessary or justified. Furthermore, the county continues to reject alternative locations, including the 600 acres of undeveloped industrial land already available at Port Westward. Despite the objection of many members of the community, Columbia County approved of the plan. 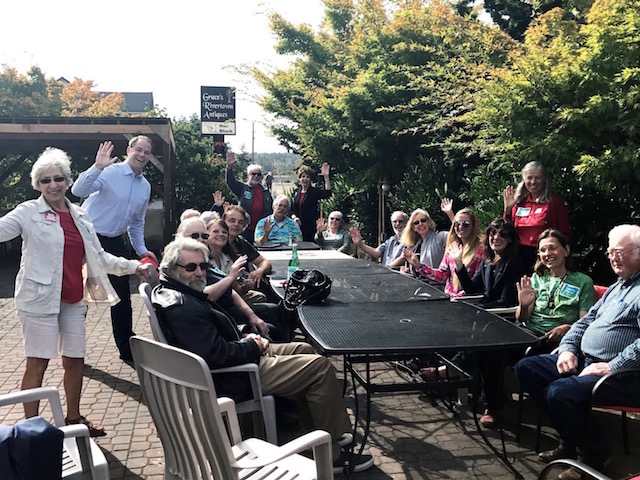 In early 2018, we appealed this decision to LUBA on behalf of Columbia Riverkeeper. 1000 Friends of Oregon join in the appeal to challenge the County’s decision. In December 2018, we received another victory when LUBA concluded that the County failed to demonstrate that all of the authorized industrial uses would be compatible with neighboring agricultural uses and natural resources. LUBA sent the decision back to the County for further consideration.

The County re-initiated the process in December 2020 after the Port conducted further analysis to attempt to demonstrate that the proposed heavy industrial uses will be compatible with the surrounding area. Crag prepared extensive comments on behalf of Columbia Riverkeeper and 1000 Friends of Oregon to again oppose the proposal. In total, the County received over 1,000 comments opposing the application.

In July 2021, the County again voted to approve the Port’s application to rezone 837 acres of agricultural land for industrial uses. The County concluded that the Port had adequately demonstrated that the authorized uses will be compatible with surrounding uses and natural resources, despite the fact that the Port did not conduct any analysis of the likely or potential impacts of large-scale fossil fuel infrastructure on surrounding natural resources and wildlife habitat. The County formally adopted the Port’s proposed rezone on September 22, 2021. On October 19, 2021, Crag filed an appeal of the County’s decision to the Land Use Board of Appeals on behalf of Columbia Riverkeeper and 1000 Friends of Oregon.  Stay tuned for updates!

We have also worked in partnernship with 1000 Friends of Oregon. 1000 Friends’ mission is working with Oregonians to enhance our quality of life by building livable urban and rural communities, protecting family farms and forests, and conserving natural areas.

“The soils, sensitive water resources, and valuable farmland at Port Westward are remarkable,” said Jasmine Zimmer-Stucky, working lands engagement manager at 1000 Friends of Oregon. “Removing zoning protections for over 800 acres of primarily high-value farmland is no way to thank farmers for their ongoing contributions to our state or to help new farmers gain access to farmland.”

Together, we are committed to preserving the farmland of Port Westward, maintaining the water quality of the Columbia River, and defending Governor McCall’s land use legacy.

Letter to the Department of State Lands addressing the concerns of local farmers in the Beaver Drainage District who fear being flooded.