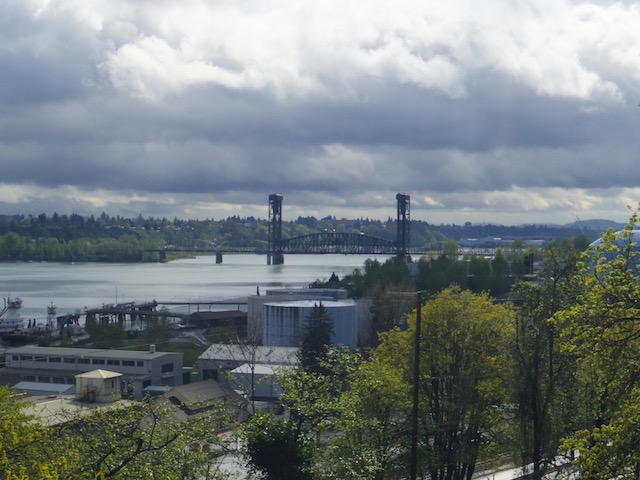 On December 18, 2019 Portland City Council voted unanimously to re-adopt an ordinance that sharply restricts large new oil train terminals and other fossil fuel projects in the City of Portland. Portland first approved the Fossil Fuel Zoning Code Ordinance in late 2016, and it prohibits the establishment of new major oil storage facilities in Portland while also limiting expansion at existing facilities.

In 2017, Crag successfully defended the City of Portland’s Fossil Fuel Ordinance, a new local law that will limit development of new fossil fuel infrastructure in the city. The Oregon Court of Appeals held that the ordinance did not violate the dormant Commerce Clause of the U.S. Constitution. The Oregon Supreme Court denied the fossil fuel industry’s request to review the Court of Appeals, and we are now working with our clients and the City of Portland to finalize and implement the ordinance.

Over the past two years, Crag continued our work with a coalition of organizations to advance and defend Portland’s proactive policy. Our clients and partners include Columbia Riverkeeper, Audubon Society of Portland, Oregon Physicians for Social Responsibility, Center for Sustainable Economy, and 350PDX. Crag and our clients met with Portland Mayor Ted Wheeler and city staff, providing testimony and evidence in support of Portland’s ordinance, which the city voted unanimously to re-adopt.

“Thousands of Portlanders have weighed in to support this policy, and thousands more have taken to the streets in recent months to demonstrate the need for action as bold as the scale of the climate crisis itself,” said Dineen O’Rourke, Campaign Director for 350PDX. “Building new fossil fuel infrastructure should be seen as morally inconceivable now, and our City’s decision thankfully reflects this and sets a precedent for cities across the country.”

“It is a basic medical principle to do no harm, and bulk fossil fuel storage poses an enormous threat to our health and safety,” said Dr. Kelly O’Hanley with Oregon Physicians for Social Responsibility. “It is high time to pass these zoning changes and ban the expansion of extremely harmful fossil fuel infrastructure.”

“The oil industry has demonstrated its willingness to endanger our communities and our rivers with reckless oil train shipments,” said Dan Serres, Conservation Director for Columbia Riverkeeper and a member of the Stand Up to Oil Coalition. “An oil train derailed and burned in Canada just last week. Portland’s stand against dangerous oil train terminals makes more sense than ever: there is already an unacceptable level of risk from petroleum being stored unsafely on unstable soils and shipped through our communities in vulnerable rail cars.”

Crag and our partners expect the fossil fuel industry to challenge the city ordinance once again. We’ll be ready to stand with the city to defend the policy, and hope to show other local municipalities that this type of proactive solution can work for their communities too.