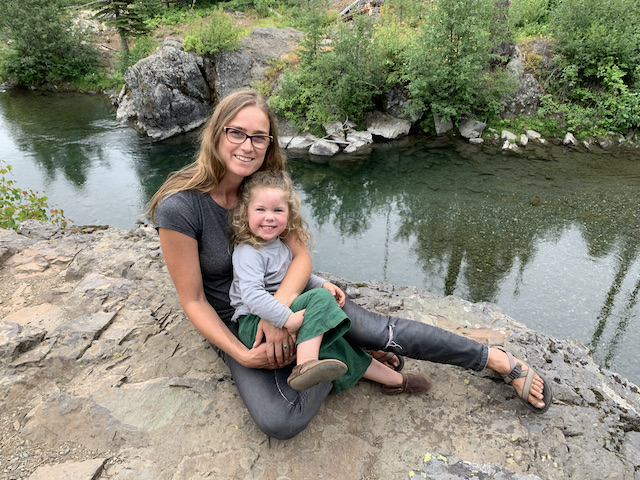 In this edition of Client Voices, Danica interviewed Veronica Warnock, Conservation Director at Greater Hells Canyon Council and a former summer associate at Crag. She talked to Veronica about her background, her work, her passion for Hells Canyon and why conservation is critical now and for future generations.

Growing up, Veronica describes herself as that kid, the one who was always “bugging” others to recycle. “I think there’s something inherent about kids wanting to make [the world] better,” says Veronica. For her, that was the environment. It stems from her great appreciation of the outdoors, as she spent much of her childhood playing in the Vermont woods, making forts and climbing trees with her siblings, as well as her family’s love for making homemade maple syrup.

This passion for the environment led her to become a summer associate at Crag. Here, Veronica wrote motions, briefs, and prepared for oral arguments. She describes the experience as “wonderful,” as it enabled her to work with a great cohort of other interns with similar passions.

The position allowed her to continue the land-use work she began earlier by working to undo Measure 37. At the time, the law stated that if one acquired land they only had to follow laws that were in place at the time of acquisition, not the current laws in place. This law could have caused hundreds of thousands of homes to be built away from community services, and possibly provide zero oversight over certain lots acquired before Measure 37 was in place.. Thanks in part to Veronica’s work, this measure was overturned.

After Crag, Veronica pursued her interest in land use to work in the prosecuting civil division for Thurston County, before interning at the Washington State Senate on the Health and Long Term Care Committee to research legislation.

Yearning to return to Hells Canyon 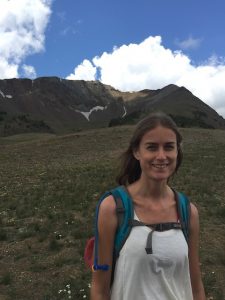 However, she always knew that she wanted to make her way back to Hells Canyon. Her family on her father’s side is from the Greater Hells Canyon area in Wallowa County, and she would have been the sixth generation to live there. She wanted to be able to visit her family and hike the mountains she visited since her childhood. So, as soon as she discovered a new opening for conservation director at the Greater Hells Canyon Council, she immediately jumped on it.

“I didn’t really know what I was getting myself into,” Veronica says with a laugh. “To me, coming back to this place was more important than the particulars of the job.” And the particulars of the job as conservation director are very different from her previous job at the state senate. Now, instead of just creating a good process and information, she has to be a good advocate as well, understanding the different angles of an issue and having an open mind.

Veronica says, “You need to be firm in your values and convictions, but know what you’re fighting for.” It’s clear to Veronica that what she fights for is preserving the beauty of Hells Canyon within the Eagle Cap wilderness for generations to come. And for good reason: It’s Oregon’s largest wilderness and has incredible biodiversity and abundance — so much so, that there are microclimates with endemic plant species that scientists are still discovering. It makes for an incredible habitat for wolves, bighorn sheep, morels, moose, salmon, steelhead and more. It’s the deepest and widest canyon in North America, with stunning alpine mountains up to 9,000 feet, canyons dropping to sea levels, and the largest prairie in Oregon. When wolves returned to Oregon in the 2000s, they came back through Hells Canyon.

Unfortunately, every day this beautiful habitat is threatened by forest management issues. Veronica’s role is to organize a coalition of advocates via collaboration with statewide and local organizations, Indigenous tribes, and the legal community to oppose the rollback of many crucial protections.

That’s where Crag comes in. Together, Crag and the Greater Hells Canyon Council wrote up comprehensive National Environmental Policy Act (NEPA) comments to protest the rollback of the 21-inch rule. The rule prevented the logging of trees 21 inches in diameter or more. These trees are crucial fighters against the climate crisis. Despite making up only  3% of the landscape, they store 40% of carbon and accumulate carbon at a much faster rate than smaller trees.

Unfortunately, the Trump administration took consideration of these rules out of the National Forest Service’s hands. This left it up to advocates to get the attention of the Biden administration to reinstate the 21-inch rule and protect wildlife, and aquatic habitats.

Crag has had the pleasure to help with this effort. Veronica says Crag has some of the best environmental attorneys” with experience in federal court and a wealth of knowledge and experience in environmental statutes, providing “technical, nuanced legal support.”

Persevering in the face of challenges

The work is brutal and relentless. But Veronica has managed to continue for eight years and counting because of her firm belief and passion for the Greater Hells Canyon area.  “I have a 4-year-old daughter. I want her to know what salmon, river and fish are, and to know all the animals.”

We’re at a pivotal moment in the fight against the climate crisis. We’re facing a future with a destabilized climate and mass extinction crisis, and the only way we can shift things is to reimagine our relationship and interactions with the land.

It’s inspiring to know there is a passionate and global community committed to finding solutions to big challenges, but for the everyday person, it’s up to us to help ourselves and others make the choices to slow down this crisis. Even if it’s not for us — it’s for the wolves, the salmon and our children for years to come.

Find out what the Greater Hells Canyon Council is doing to help preserve the wilderness.

Danica Leung is a 2020-21 Crag intern and a rising senior from Lincoln High School. Danica is interested in the climate crisis, environmental and racial justice, and social responsibility.