Proposed Budget Seeks to Cut Funding for the Environment 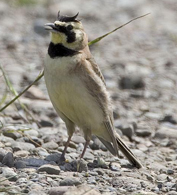 The Streaked Horned Lark is a songbird that inhabits prairies, grasslands, and ocean dunes in Western Washington. Photo courtesy USFWS

On July 27, The Oregonian reported that the House rejected a rider to a GOP-proposed spending bill that would have stripped funding for the listing of new species under the Endangered Species Act (ESA). The bill would have only funded the removal of species from the Act’s protections.

This would have undercut the deal struck by the Obama administration to review the 757 species-long backlog of petitions for species listing under the ESA. Cassandra Profita at Ecotrope reported that this backlog includes 60 species in  Northwest, including the wolverine, the pacific  fisher, and the streaked horned lark.

This latest move in the fight against the environment highlights an alarming trend of trying to reverse America’s established conservation laws through spending bills. Earth Justice has posted a 2012 Appropriations Rider Tracker that highlights, tracks and provides updates on what they consider to be the most “extreme anti-environment, anti-science, and anti-health”riders.

While this particular provision was voted down, Earthjustice reports that as of July 27th, 77 anti-environmental riders have been attached to the bill, including an amendment preventing the EPA from implementing measures to protect salmon and other endangered species from pesticides and another seeking to prevent EPA from updating its stormwater discharge regulations. When the 2012 budget comes up for negotiation this fall, it is entirely possible that some of these riders could end up becoming law.

At the same time that politicians are declaring that the environmental protections go too far, the Northcoast Environmental Center reports that Oregon North Coast fisheries are experiencing the return of thousands of wild-run Chinook in the Smith and Eel rivers due to improved river conditions resulting from environmental protections. Additionally,  a new US Forest Service and Oregon State University study found that reduced logging, ordered by courts to save spotted owls and salmon, is helping the climate by enabling national forests in the Northwest to store more carbon.

There is still lots of work to be done, though. Damming, deforestation, and congressional budget amendments all threaten the continued viability of salmon and other fish and wildlife throughout the Northwest. Protecting Oregon and Washington’s rivers, waterways, and public lands is an important way to ensure the continued presence of these species in the Northwest. 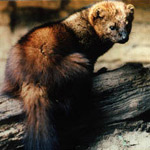 The Pacific Fisher’s primary habitat is old growth forests. It has been reduced to three native populations. Photo courtesy of USFS.