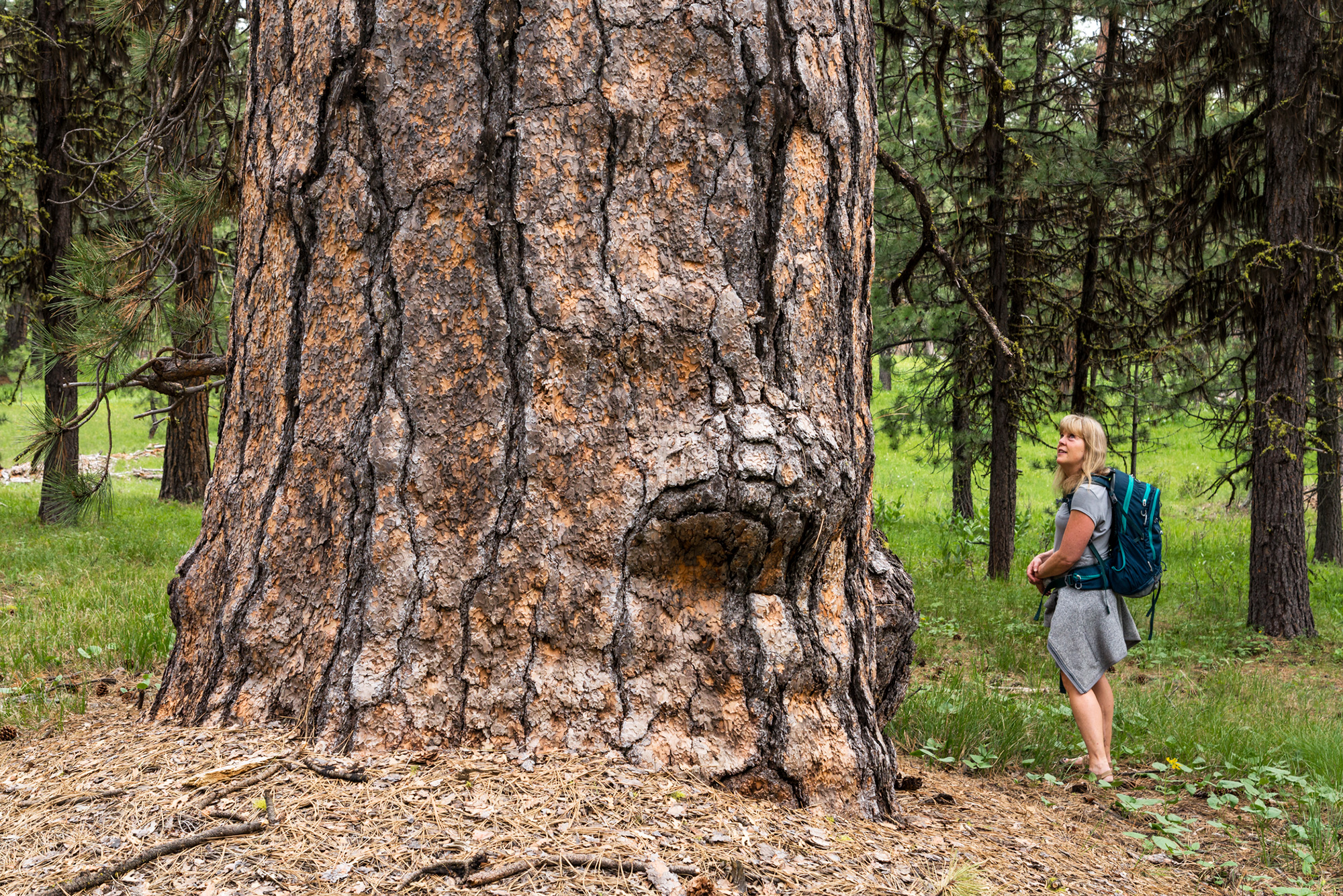 Large Trees over 21” in diameter, like this tree in Ochoco National Forest, are proposed for logging as part of the Trump-era Forest Service decision to repeal the Eastside Screens 21″ rule. Photo Credit Jim Davis.

After a century of Eastern Oregon and Washington old-growth forests being heavily logged, in 1994 the U.S. Forest Service put in place the “Eastside Screens” rule to protect remaining habitat for old-growth dependent wildlife in six national forests east of the Cascades. This included a provision prohibiting the cutting of trees larger than 21 inches in diameter. But, in the last days of the Trump Administration, and without sufficient public input, the Forest Service eliminated the “21 inch rule,” opening up at least 11,000 square miles of national forest in Eastern Oregon and Southeast Washington to logging.

The Forest Service is using the new rule to propose logging large trees on thousands of acres of national forest across eastern Oregon, including on previously unlogged forests in the Hells Canyon National Recreation Area and right up to the edge of the Eagle Cap Wilderness. Other projects have been proposed or are in development on the Fremont-Winema, Ochoco, Umatilla, Malheur, Wallowa-Whitman, and other National Forests.

Large, old trees also provide irreplaceable benefits to society that are essential to mitigating the worst effects of climate change. The biggest and oldest trees protected by the Eastside Screens rule make up only 3% of regional forests in the Pacific Northwest yet store 42% of forest carbon. Conserving large trees and other nature-based solutions are critical and cost effective ways to sequester carbon to mitigate climate overheating by greenhouse gas emissions.

Crag filed this lawsuit on behalf of six conservation groups fighting to restore the Eastside Screens: