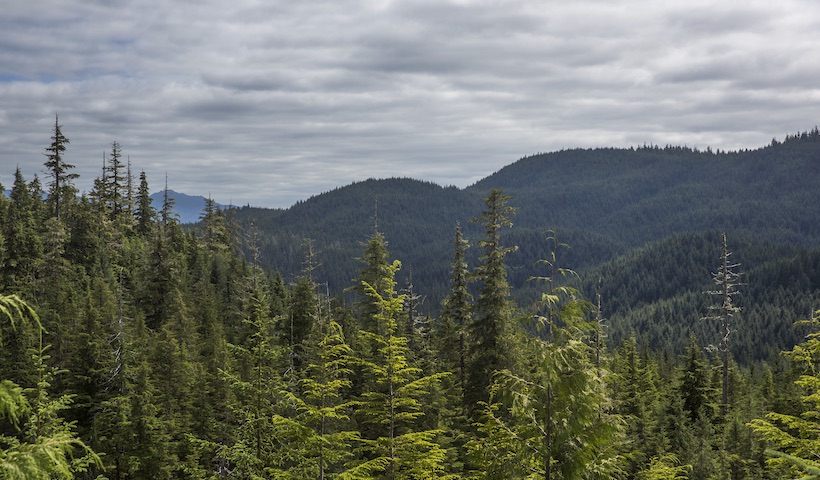 The Biden administration’s move intends to put an end to large-scale logging of old growth trees in the Tongass. The 16-million-acre intact rainforest located in Southeast Alaska is ancestral land to many Native American tribes, home to more than 400 species of wildlife, fish and shellfish, and one of the world’s largest carbon sinks. Some of the trees in the Tongass are more than 1,000 years old.

In 2001, President Clinton enacted the “roadless rule,” blocking road construction needed for logging and mining the forest. While this provided some protection, logging projects authorized by the U.S. Forest Service continued to clear-cut swaths of old-growth forest.

Since 2009, Crag has been challenging old-growth timber sales in the Tongass on behalf Greenpeace and Cascadia Wildlands, along with Alaska Rainforest Defenders, Center for Biological Diversity, Alaska Wildlife Alliance, The Boat Company, and Sitka Conservation Society.

The Tongass is finally getting the protections it deserves, and hopefully this is a harbinger for similar actions on national forests across the country.

Oliver Stiefel, staff attorney at Crag who led the Tongass work and traveled there to experience logging impacts firsthand, says the Biden administration’s decision to repeal Trump’s rule is a monumental victory for climate, biodiversity, and Southeast Alaska’s economy.

“It’s a no-brainer to rescind the Trump Administration’s egregious Roadless Rule exemption, but just as importantly, halting large scale, old-growth logging more broadly represents a critical step forward,” he says. “For far too long the ancient forests of the Tongass been on the chopping block, despite their outsize importance for carbon storage; habitat for fish and wildlife; and fishing and tourism—the drivers of the local economy. The Tongass is finally getting the protections it deserves, and hopefully this is a harbinger for similar actions on national forests across the country.”

Read more about the work Crag has done to protect the Tongass, and watch a video about the impact logging has had on the Tongass.