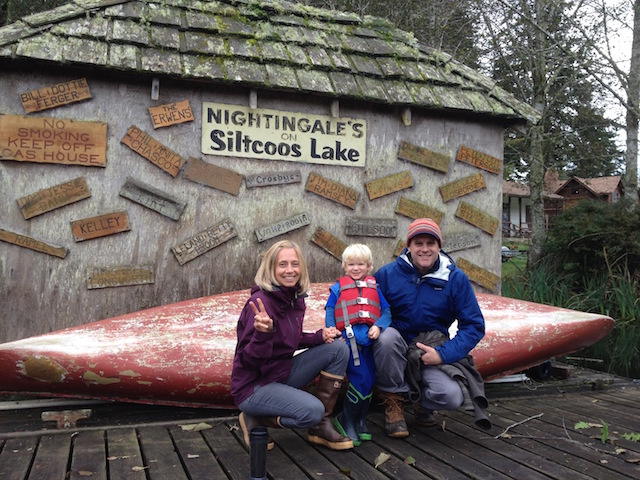 Ralph Bloemers is co-founder of and Co-Executive Director and Staff Attorney with the Crag Law Center. He is originally from Holland and grew up in Virginia. He is a graduate of University of Colorado at Boulder, where he studied political science. He obtained his law degree at Willamette Law School. Before Crag, he interned at several non-profit organizations and worked at a professional law firm.

At first, I must say, Ralph’s visage is imposing—he is well over six feet tall with eyes blue enough to sear one’s soul. Upon arriving at Crag, I felt that Ralph, situated across the seemingly vast wooden office, was analyzing me and my fellow intern, Lindsey. It was as though he were scanning our countenances for some indication of our life experiences. Over the course of the summer, I have found that he does, in fact, conduct these analyses, but not with the cold severity that I feared they would be. He deeply invests in his friends and strangers alike, inquiring into the histories of their lives, their experiences, and their childhoods. As a result, Ralph’s interview proved to be warm and compelling.

We enter the long, wooden room to find Ralph in his usual, brightly checked plaid. His summer intern has departed; the hazy, late-morning light has just settled into the room, and there is almost a total absence of noise. We begin by asking him what he likes to do in his free time. Ralph says that his favorite thing to do was to spend time on rivers in his kayak, but that everything changed about five years ago, with the arrival of his son, Theo. Now his favorite thing to do is to spend time with his wife and five-year-old son. He relishes playing with Theo, “teaching him to swim, how to love the water, and the outdoors.” From there, it is not long before Ralph begins to discuss his own childhood.

Ralph was born in Holland, to a Dutch father and an American mother. Ralph says that he cherishes his Dutch identity, that it gives him an outside perspective on the American culture in which he has spent most of his life. It has also afforded him many opportunities, such as being able to study abroad in Leiden, The Netherlands and work in Munich, Germany and London, England. 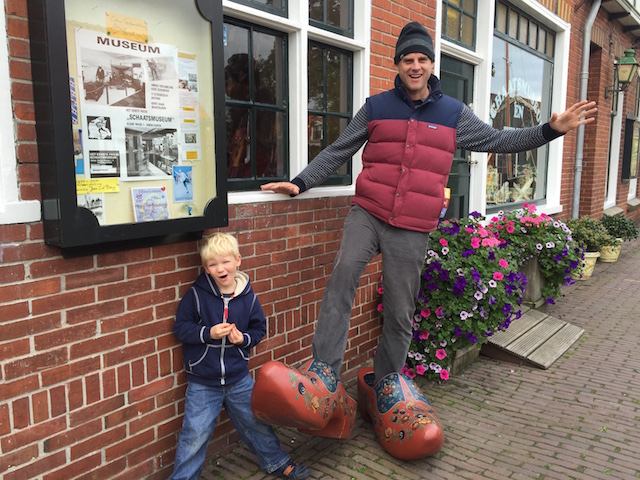 Ralph’s mother owned and operated a Gouda cheese farm in the Blue Ridge Mountains of Virginia, and it was there that he spent much of his childhood. After his parents’ divorce, Ralph, his brother, his sister and his mother had to figure out what to do with the 600-acre cheese farm—in the end, his mother found a group of nuns to purchase the farm and preserve the land as it was. In the surrounding area, his mother convinced the neighbors to put conservation easements on their land, and as a result, the whole area has been preserved to look just as when Ralph grew up there 30 years ago.

This passion for the environment and the attachment to the land that his mother demonstrated, Ralph says, is what began his dedication to conservation. In college, he found where he would begin that work. He had two remarkable professors who taught him about the inherent flaws in the United States governmental system, about the imbalances of power, and about the corruption in our institutions that preserved the status quo and perpetuated poverty, racism and environmental degradation. Ralph emphasizes that his choice to go to law school was about the notion he had regarding the Earth. He felt that the human treatment of the land was unsustainable and inequitable. He sought to add value to himself so that he could try to change the direction in which the world was headed.

“I wanted to do something—something about the Earth or the environment. It seemed to me that how we were treating the Earth was out of balance.”

Given the arrival of Crag’s 15th anniversary, I ask Ralph if he sees Crag as being an entity that is now bigger than he is, that is capable of outliving its directors and continuing on with the work that they’ve begun. I want to know, really, if they think Crag has become their legacy piece. Ralph says that Crag has “been bigger than us for a long time; since we started Crag, it has been bigger than us because of all the people we represent, all the people we work with, and all the people that have volunteered.” He says that the passing of his father affected him deeply and caused him to reconsider whether Crag was what he wanted to continue doing, or if he ought to set off on some new path. He asks, “Do I want to be doing something else? No, I’m going to keep going with this. I’m going to finish this. And this is the best use of my time.”

Jordan Bollmann is a 2017 graduate of Duke University. He was a development intern with Crag Law Center in the summer of 2016 through the DukeEngage program. During his internship he interviewed and wrote profiles of each Crag staff.