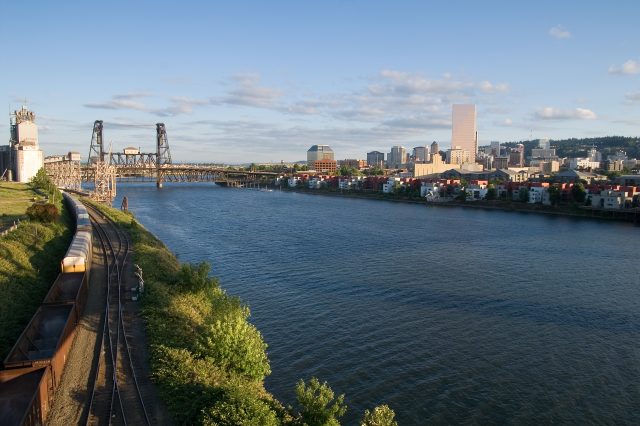 The lower stretch of the Willamette River, near its confluence with the Columbia River, has long been central to the livelihoods and traditions of the people who live here. This area, now known as Portland Harbor, provides fresh water, natural resources, transportation, and is a place for people to trade. For thousands of years native peoples–including members of the Nez Perce Tribe–gathered, celebrated, traded, fished, and held ceremonies along the river.

Since Portland was founded in 1851, the harbor has changed dramatically. The Willamette River was used as an open sewer for decades. Lumber, steel, railcar, and other industries have released contaminants into the river for more than a hundred years. In 2000, Portland Harbor was declared a Superfund site by Environmental Protection Agency because contamination was a  threat to human health and the environment. In 2002 a Natural Resource Trustee Council was formed to oversee the restoration of the Portland Harbor. The Nez Perce Tribe is a member of this council.

The goals of the cleanup are to remove toxic sediments from the riverbed and banks so that the river is safe for people to work and play in, fish are safe to eat, and the ecosystem is healthy. The goals of the natural resource restoration are to develop habitat to support salmon, bald eagles, mink, and other fish and wildlife that were lost as a result of the historic contamination.

“Cleaning up and restoring the Portland Harbor is important for all Oregonians, but it will also be one small step towards righting the many injustices done to the Nez Perce Tribe.”

Portland Harbor has been heavily polluted by contaminants, including PCBs, PAHs, DDT, dioxins, furans, and heavy metals. These contaminants damage habitats and enter food chains in the water and the land around the river, and the impacts of this pollution can last for decades. As a result, Tribal members lose access to cultural resources and traditions, like fishing. When Tribal members cannot participate in these activities, other cultural losses occur, such as language and storytelling related to those activities and places. Recreational activities like boating, fishing, and wildlife observation are also affected by pollution. In 2004 the Oregon Health Authority even issued a fish consumption advisory for the harbor that severely limits the number of resident fish that can be safely consumed. 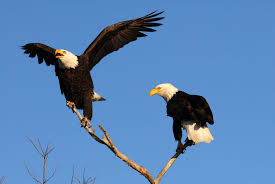 A rich network of natural resources are threatened by the contamination. Fish like salmon, lamprey, and sturgeon are threatened, but it doesn’t stop there. Many other animals rely on these fish for food, and when they eat the fish, they are also eating pollution. Some of these animals are the bald eagle, osprey, and the mink. Even on the most basic level, pollution has led to the contamination of sediments and soils, which means that these contaminants will remain in the area and could continue to cause problems in the Portland Harbor area for years.

Since Portland Harbor is a superfund site, the cleanup will be paid for by the industries that are responsible for the pollution. There is a long history of pollution in a large area of Portland Harbor, so it has been difficult for these potentially responsible parties to agree on who will pay for different portions of the cleanup. Nevertheless, the responsible government agencies have a duty to ensure cleanup to a level that protects human health and ecological resources. And the natural resource trustees will seek compensation from the parties responsible for the contaminants to restore, rehabilitate, or replace the injured natural and cultural resources.

The Nez Perce historically hunted and fished on 14 million acres of land, in north-central Idaho, northeastern Oregon, and southeastern Washington. Tribal members would travel all the way to the Willamette River for seasonal fishing and gathering events. The Tribe’s current reservation lands on the Clearwater River are connected by flows from the Snake River and the Columbia to the Pacific Ocean. 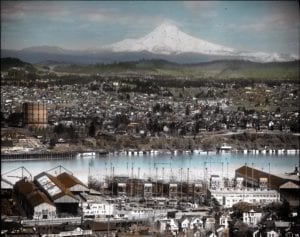 Sadly, much of this land is no longer what it once was. The Tribe’s territory been taken away by treaties that reduced reservation lands again and again, and many historic hunting and fishing grounds have become the sites of industry and pollution. In December of 2000, the Environmental Protection Agency (EPA) named an 11-mile stretch of the lower Willamette River, from where the Willamette meets the Columbia to near the Broadway Bridge in Portland, a “Superfund” site under federal law. This means that over 100 years of industrial uses and landfilling along the river have contaminated the riverbed and shore sediments and injured natural and cultural resources in the river. 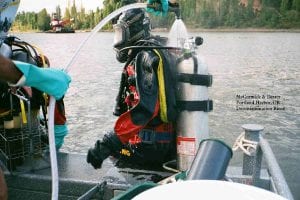 At the Superfund site, the EPA identifies the type of contamination and how much damage it has done, and then figures out what the risks are to the health of people and nature. Then, the EPA develops a plan to clean up the river. EPA and the Oregon Department of Environmental Quality work together to restore river health to protect the river’s future. At the same time, trustees for the public and for tribal rights try to understand the effects of the pollution and assess the damage so that long-term recovery can start. These trustees may also suggest restoration projects to help important species like salmon, eagles, and mink recover. Restoration will improve habitat along the lower Willamette River shorelines and floodplains, and there will be specific work to restore habitat where injured fish and wildlife need it the most.

The Nez Perce Tribe is a trustee of natural and cultural resources in the river, and Crag represents the tribe in its role in both the cleanup and restoration of the Portland Harbor.

Check our the Nez Perce Tribe’s fact sheet on Cultural Impacts of Contamination at the Portland Harbor Superfund Site.

Take a look at the Portland Harbor Superfund Storymap.