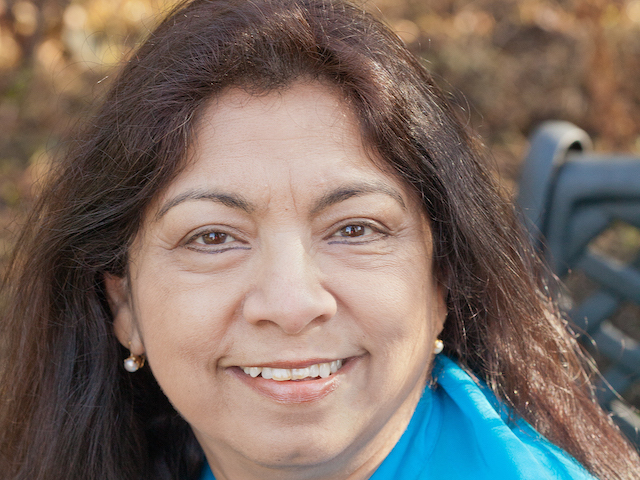 Sadhana Shenoy has been a volunteer, a board member and a supporter of Crag for a long time. After working as the CFO for big corporations and the treasurer on many other boards, Sadhana is impressed by Crag’s achievements with such a small budget: “Crag’s unique method gives me hope and inspiration in the future of environmental advocacy.”

Sadhana was a young girl when she first came to the United States from India in 1983. The flourishing nonprofit organizing in India instilled in her an early interest in many issues in fields such as the environment and education. After getting Computer Science and Management degrees from University of Phoenix and a master degree in Computer Science from Oregon Graduate Institute, she worked as a database and operating system engineer at Intel Corporation. As her kids came along, she quit her job at Intel, but at the same time, she had the chance to put into action her interests in the environment and other public affairs. She served on boards of organizations such as Sierra Club and Montessori School of Beaverton. During that period, she got heavily involved with environmental groups and got to know Ralph and Chris through that network. Starting in 2012, Sadhana served  as the CFO of GlobeSherpa, the first company that developed a multi-modal mobile application for public transport. GlobeSherpa was acquired by Mercedes Benz and renamed to Moovel, where she continued to serve as the CFO before retiring in 2018.

Getting to know Crag was very coincidental.  Just months after Crag was founded, Sadhana met Ralph while sharing a ride  to Salem for an event she cannot remember now. As Ralph explained the concept, motivation and target clients of the nonprofit environmental law center, she was immediately drawn to the idea. She was actually “inspired” to get involved, because Crag embodied two of her fundamental beliefs. The first obvious one is that Crag in general advocates for environmental conservation, a belief that she has held for more than twenty-five years. In addition, an environmental organization that does not push for its own agenda but rather fights on behalf of affected communities whose voices are drowned out, speaks to her belief of “evening the odds.” By that phrase she means that everyone should have equal opportunities to make progress in life, or at least equal access to resources as well as channels to voice their opposition when their rights and opportunities are unfairly infringed. “Crag did not simply advocate for environmental conservation. They took action to secure the rights of less represented people to have a say. You know, the farmers who did not have money to hire expert legal service.” This model of fighting on behalf of clients struck her personally, and she decided to volunteer to manage the finance of Crag. She was the treasurer on Crag’s board of directors for the next nine years.

Sadhana has served as the treasurer and CFO at many different places, which is why she is still in awe of Crag’s financial efficiency. “When I first joined Crag, they did not spend a single dime on things that were not needed the most. They did not use donated money to buy a pen, paper or a chair. They ‘gathered’ all the stuff from somewhere else. Crag is really efficient in stretching the capacity of every dollar.” During the early days, she grew increasingly impressed with Ralph and Chris as they “walked the talk.” “Their salaries were nowhere near the money they made in the law firm. It was extremely rare to see such commitment, even among environmental groups. “It was a noble act to make donations, but it was unimaginable for people to change their whole lives for a cause.”

Sadhana pointed out that Crag’s success does not rely solely on legal expertise and its financial efficiency, but also the personal connections and grassroots support that the Crag lawyers have been actively maintaining and expanding. She felt that Crag’s effort to continue building personal relationships is very critical and wise. It really adds resilience to the organization in this time of change.

Though no longer on the board, Sadhana still feels the connection with Crag. “Every single piece of art in my house comes from Wild Shots!” She is hopeful that Crag will continue to thrive.