Say What You Mean, Mean What You Say: Reflections on the Supreme Court 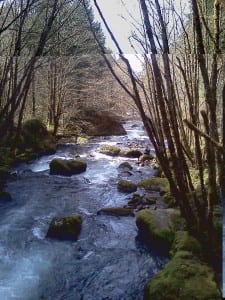 This week, the Supreme Court of the United States reversed and remanded the Ninth Circuit Court of Appeals’ decision that had determined Clean Water Act permits are required for stormwater discharges from logging roads.  The case involved some complicated legal issues regarding what types of challenges can be brought as citizen suits, and whether a case can continue after an agency issues a new rule during the course of litigation.  But in deciding the main issue of whether permits are required for logging road pollution under the Clean Water Act, the Supreme Court relied on a principle of deference.

The concept of deference to agency action takes many forms.  For example, when an issue involves highly technical or scientific matters, the agency responsible for the decision-making is presumed to have greater relevant expertise than a reviewing court.  Courts are hesitant to insert their own evaluation of highly scientific matters in place of the analysis performed by the agency with that expertise.  In another example, when the legislature enacts a statute and charges a particular agency to implement that statute, the courts will generally defer to that agency’s interpretation of the statute.

However, in his dissenting opinion, Justice Scalia examined this concept of deference to an agency’s interpretation of its own regulations, and found it lacking.  If, he argues, the rationale for this deference is that the agency best understands what it intended in adopting a regulation, that rationale is based on a flawed premise.  For courts “do not inquire what the legislature meant; we ask only what the statute means.”  (quoting Justice Holmes).  Justice Scalia reminds us that in interpreting laws, “we are bound by what they say, not by the unexpressed intention of those who made them.”

In allowing agencies to resolve ambiguities in regulations they themselves crafted, Justice Scalia finds a violation of the principle of separation of powers.  A basic tenet of our system of government is that the power to write the law and the power to interpret the law cannot rest in the same hands.  Not only that, Justice Scalia notes that such deference provides incentive to write regulations broadly and vaguely, so as to retain the ability to later issue “interpretations” with retroactive effect.  The danger is that in doing so, the agency can effectively write new law without any notice and comment procedures.  Instead, Justice Scalia points out, agencies can initiate the process of amending the regulation so as to make its meaning clear.

I am particularly interested in this concept of deference because Oregon courts apply a similar principle of deference in the context of land use laws.  Under the Oregon Supreme Court’s 2010 decision in Siporen v. City of Medford, courts will defer to a local government’s interpretation of its own land use ordinance so long as the interpretation is plausible.  This deference is based on the idea that the local government knows best what it intended in adopting a law (a concept not favored by Justice Scalia), but remains grounded in an analysis of the text of the ordinance.  While there may be valid reasons to defer to agencies and local governments in certain situations, their interpretations of law should be required to be consistent with the words of the rule or statute.  Courts must not lose sight of their role determine the fair meaning of a rule, “to say what the law is,” by giving too much deference to agencies.

Although the majority of the Justices applied the rule of agency deference in this case, both Justice Scalia’s dissenting opinion and the concurrence of Chief Justice Roberts and Justice Alito indicate that the time might be near when the Court as a whole will re-visit the level of deference afforded agency interpretations of regulations.  As the Chief Justice noted, this issue “is a basic one going to the heart of administrative law.”  We will have to wait and see whether, when that case comes, Justice Scalia’s viewpoint or another perspective carries the day.