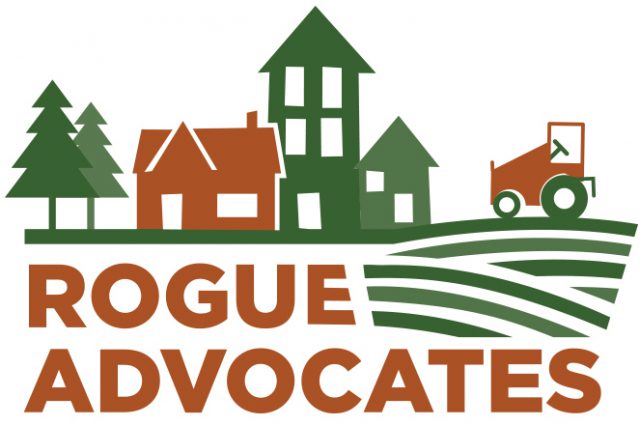 In this installation of The Way We Work, I interviewed Steve Rouse, the board president of Rogue Advocates, a nonprofit that has partnered with Crag on land use cases for years. He describes his work empowering communities in the land use process.

Rogue Advocates has been empowering Rogue Valley residents for over a decade. This nonprofit encourages community involvement in the land use process by explaining what land use decisions mean and how individuals can get involved. “Land use is basically like a foreign language for most people,” Rogue Advocates Board President Steve Rouse explains. “We try to empower the neighbors through education so they can understand a bit more about what their role can be and how they can participate.”

Rogue Advocates monitors a variety of land use decisions in the Rogue Valley to determine whether residents should get involved. They work with community members on issues ranging from comprehensive land use plan revisions to protecting residents from air pollution to protecting coho salmon. By emphasizing the necessity of protecting land in Josephine and Jackson counties, they have provided voices for the voiceless—whether that means residents or wildlife or riparian habitats.

Rogue Advocates and Crag have been partnering on these protection efforts for years, beginning their partnership with a Measure 37 case in 2006. “Rogue Advocates does a lot of the work at the local level and helps the local residents get involved in the process,” Crag staff attorney Maura Fahey says. “If it gets to the point where there’s either a local appeal at the county level or an appeal to the Land Use Board of Appeals, then Rogue Advocates will often ask Crag to get involved.”

Steve emphasizes that Crag works with communities in the Rogue Valley who do not have the resources to fight back on their own.

“Crag is there to stand up for the everyday folks and the neighbors to provide them equal representation before a hearing body and make sure that their voice is heard as clearly and as loudly as the applicant’s. That is simply a priceless service that can’t be replicated.” 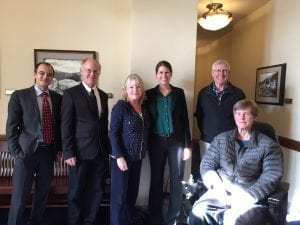 Crag Attorneys Chris Winter and Maura Fahey with Steve Rouse and members of Rogue Advocates after a hearing involving the asphalt batch plant.

Crag’s most recent case working with Rogue Advocates involved an asphalt plant on residentially zoned property that reduced the quality of life at a nearby senior housing community. Maura has worked to get the asphalt plant moved into a properly zoned area, securing an order from a federal judge for the plant to cease operations in 2016. Recently, Rogue Advocates and Crag celebrated a victory when the Oregon Supreme Court issued an opinion that clarifies conflicting law regarding the public’s right to enforce the land use laws. In a joining opinion, two Justices of the Court, including Chief Justice Thomas Balmer, clarified the right of the public to seek court enforcement of state land use regulations where local government fails to uphold its own laws. The ruling comes as a relief to residents of the Mountain View Estates senior living community in Talent, Oregon, who have spent years fighting to protect their private property from the impacts of a neighboring industrial asphalt operation. You can read more about that decision here.

Throughout Rogue Advocates’ partnership with Crag, Steve says that he has been impressed with every single person that works for Crag as far as their commitment and their abilities: “I feel very blessed that we have Crag to protect land use laws.”

Maura echoes Steve Rouse’s appreciation, remarking that, “Rogue Advocates is an invaluable asset to the Rogue Valley community. Crag could not do its job without dedicated land use watchdogs keeping track of what is happening locally and educating the public on how to participate in the process.”

She appreciates the work that Rogue Advocates does, emphasizing that their persistence in the asphalt plant case she worked on is a “good example of a community sticking to their values and getting a result that was good for their community. At times, it was really exhausting for Rogue Advocates and their members in the affected community, and I know they felt defeated often, but they were dedicated and they didn’t give up and they ended up getting the result that they wanted in the end.”