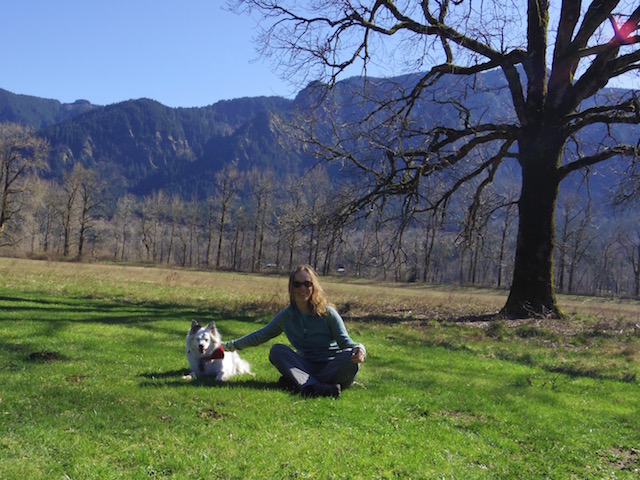 Suzanne Savell is the Development Director at Crag Law Center. She is from Eastern Tennessee and is a graduate of Warren Wilson College, from which she holds a Bachelor’s Degree. She also has a Master’s Degree in Appalachian Studies from Appalachian State University. She has been with Crag for nearly seven years and was the first to be hired in her position at Crag.

Amid the usual organized chaos that characterizes a small, non-profit organization, Lindsey and I follow Suzanne to the conference room to conduct our final interview for the summer. Her gait is short and she steps lithely—her voice is earnest, but never strident or shrill. Her ensemble is muted, full of brown and soft green, neither shocking nor boring. She sits in the dark ocher chairs across the table from us, in the cavernous room. The traffic continues to send tremors through the flooring, but the room is a respite from the bustle of West Burnside.

Suzanne was born and raised in the Smoky Mountains of Eastern Tennessee, but she quickly explains that rather than just see her identity as a solely Tennessee native, she considers her home the Appalachian Mountains. “The culture around them is so unique, and I have lived in Eastern Kentucky and Western North Carolina, and I also feel at home in those places, because the Appalachians take up small portions of each of those states.” Her voice emits hints of her Appalachian upbringing, as well as her demeanor—her personality hums with a soulful, earthen energy that clearly emanates from her musical passions. 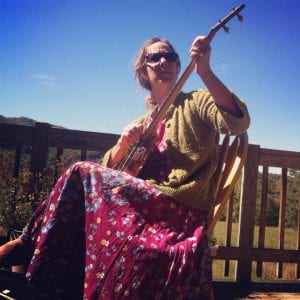 Suzanne is more than a patron of the arts, rather she lives her life in it. “I experience much of the world through music,” specifically old-time music. Having its roots in Appalachia, old-time music has formed a large part both of Suzanne’s childhood and of her graduate studies. Music is even what brought her to Portland: she knew several people in a band called Foghorn Stringband, a band that has been at the heart of Portland’s vibrant old time music scene, and they invited her to the Portland Old Time Music Gathering. Suzanne visited this festival (as well as at other times of the year) for four continuous years before taking the plunge to move to Portland. Here, she has found an even larger network of artistic friends who are creative and support each other in their musical endeavors. In her first few years, she worked several different part-time jobs in the arts–as a consultant and grant writer, the Development Director at Rock N’ Roll Camp for Girls, an Art Integration Facilitator with the Right Brain Initiative, and as a stage manager with the Time Based Arts Festival..

While in Portland, Suzanne became involved as a volunteer with the McKenzie River Gathering (MRG) Foundation, which is a sister organization to the Appalachian Community Fund, a foundation Suzanne had been connected to in her work at home in Tennessee. The development director at MRG suggested that Suzanne apply for Crag’s new position as a development director.

Suzanne says that at first, she was leery of entering into an environmental organization, because in Appalachia, where industry is endorsed by the government, environmental organizations rarely have success, and she feared that Crag would be fighting a losing battle. In her first interview with Ralph and Chris however, Suzanne’s eyes softly smile as she sighs that she just knew they were her kind of people.

“It was clear they had a passion for balancing the scales of justice and representing people who don’t have a voice. I just knew they were my kind of people.”

To this day, she explains, the Crag attorneys inspire her endlessly because they toil daily with so little resources and manage to accomplish so much. She says that she venerated them as everyday superheroes in the early part of her career; she sees them daily just sitting behind desks sorting through, “what seems like acres of paperwork,” and then, as if by magic, they come in saying that they’ve won some new case or managed to get a measure listed on a ballot. “Their work seems to be incremental at first, but then you realize the impact of their work and what it does. I would not do my work for just any organization, but I am glad to be doing it for Crag.”

“They are real-life superheroes.”

At long last, I ask Suzanne what she wishes more people knew about Crag—about her Crag. She says that Lindsey and I are helping her with that: she wishes more people knew the people behind the name. She wants the world to know the personalities behind the law degrees. She feels it is important to note that, “these are all people who could have done something else. They could have made life much easier in terms of paying their bills and having their luxurious vacations.” Fortunately, I have noticed, the Crag staff as a whole manages to have wonderful vacations and to participate in exciting activities outside of work. The novel statement Suzanne makes, however, is that, “each person is someone that I enjoy spending time with outside of the office, which isn’t something you would find elsewhere.” Truly, nowhere else would one find passionate, dedicated attorneys who also have time to swim the Great Barrier Reef, hike the Wallowas, go rock climbing and kayaking while completing their cases with full intention and according to their moral compasses.

In three simple words, Suzanne describes Crag and its attorneys: passionate, tenacious, and determined. “They never give up. There is always a way.”