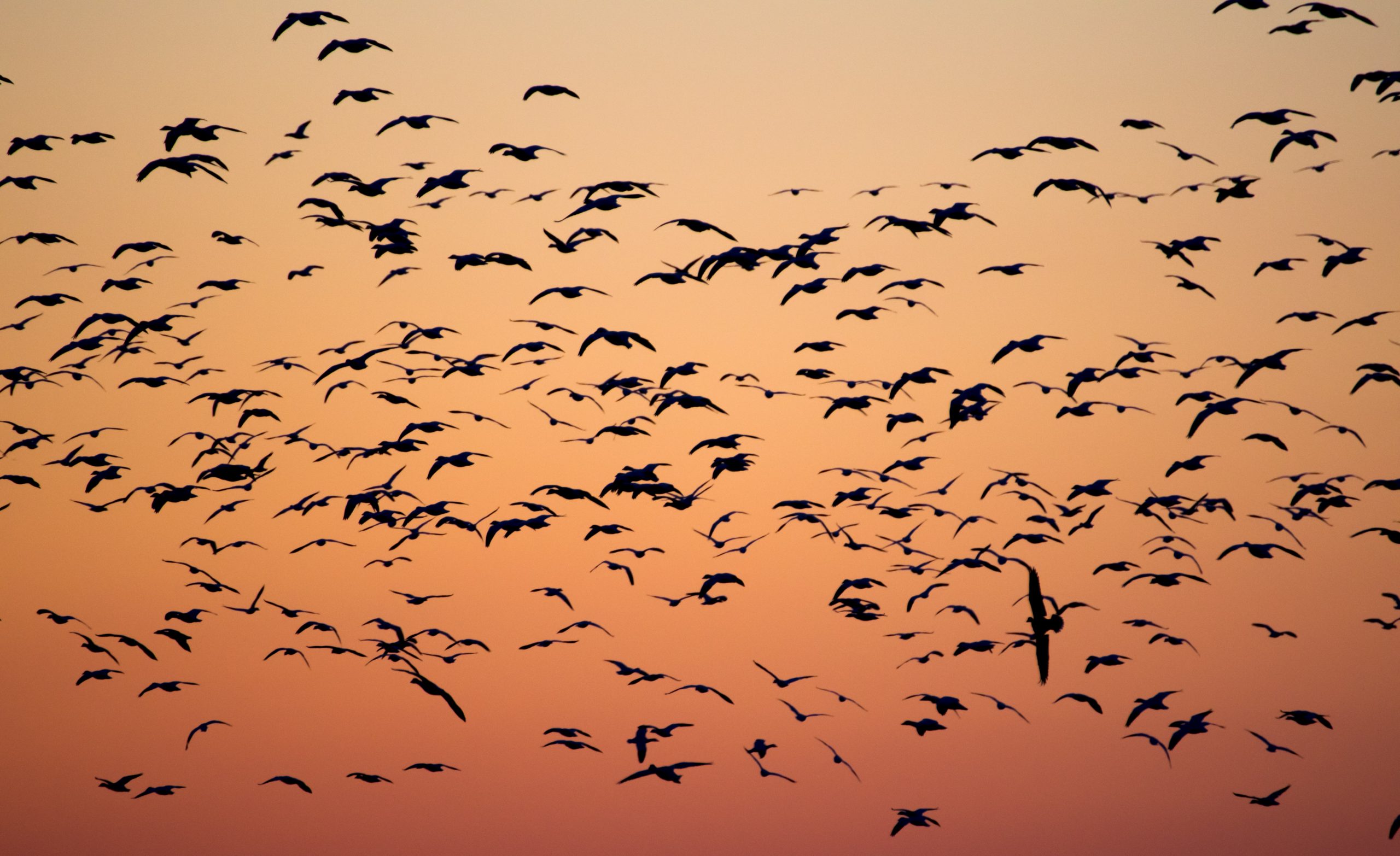 Six national wildlife refuges in the Klamath Basin provide some of the most important habitat in North America for migratory birds. But like the region, the refuges are parched after years of drought and overallocation of water for agriculture. The inhospitable conditions are no longer welcoming for the millions of birds that breed, nest and feed on the wetlands during spring and fall migrations along the Pacific Flyway.

Birds aren’t the only wildlife deeply affected by drought and mismanagement of the basin’s water, however. Fish are also suffering. C’waam and koptu, endangered fish unique to Klamath Lake were once a plentiful source of food for the Klamath Tribes. Now, there are no more than 19,000 fish left in the lake. Low water levels and toxic algae are killing the young fish at a rate that could plunge the fish into extinction within a decade.

The Klamath Tribes are fighting to stop that from happening. In partnership with Seeding Justice, The Ambo Fund was created to help the Tribes in their work to save the sacred c’waam and koptu. With support from foundations and individuals, the goal of the restoration project is to rebuild riparian areas and continue to defend the Tribes’  water rights in the Klamath Basin.

Seeding Justice (formerly MRG Foundation) was one of Crag’s earliest supporters. Oregon’s foremost supporter of social justice, they were founded on the radical notion “that activists, philanthropists, and those working in community should decide, together, how to use their inherited wealth to make an impact on the root causes of social inequity and environmental degradation.”

Since 2014, Crag has been fighting to help protect the wetlands in the Klamath Basin for birds that rely on the region for their survival. While not directly related to the Tribes’ water rights or protections for c’waam and koptu, our work also seeks to restore ecological balance to the Klamath Basin to protect and preserve wildlife in the face of more frequent drought and increasing pressure from competing interests for scarce water resources. Learn more about our work here.

Learn more about Seeding Justice and The Ambo Fund here. To learn more about the sacred relationship between c’waam and koptu and the Klamath Tribes’ fight to save them, watch the PBS film, Killing the Klamath.

Photo by Barth Bailey on Unsplash