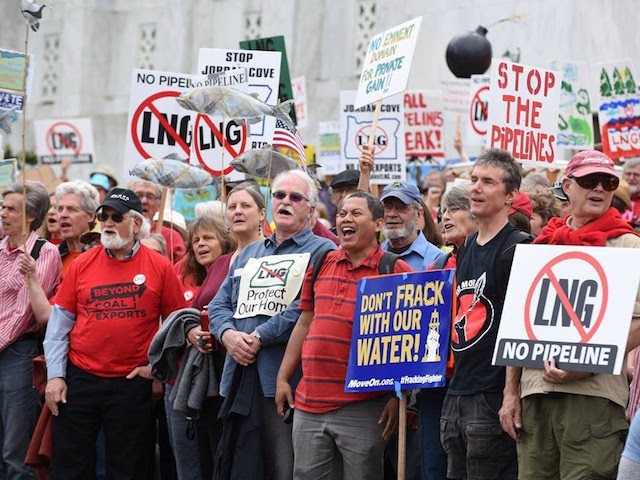 In the midst of the global coronavirus pandemic and national health emergency, the Federal Energy Regulatory Commission (FERC) conditionally approved the Jordan Cove LNG export terminal and Pacific Connector fracked gas pipeline today. The approval is conditioned on Pembina, the Canadian fossil fuel corporation behind the project, qualifying for critical permits from the state of Oregon, three of which have already been denied or withdrawn.

For over a decade, Crag has been supporting community-led opposition to the proposed Jordan Cove fracked gas pipeline and terminal at Coos Bay. With our support in the development of robust public comments and successful legal challenges to local land use permits, after 15 years, Jordan Cove LNG has failed to qualify for any of the necessary state permits to dredge Coos Bay and trench across southwest Oregon for a 230-mile fracked gas pipeline, threatening harm to Tribal resources, private landowners, drinking water, and fishing grounds along the way.

“The community has come together to oppose this project for so long, yet now the federal government is sweeping aside state and local concern in the name of the oil and gas agenda.” Said Crag Executive Director Courtney Johnson, who has worked on this issue since 2008.

Last month the state of Oregon denied a third essential state permit for the LNG terminal and pipeline, signaling a likely failure for the project despite FERC’s approval. The Oregon Department of Environmental Quality denied the Clean Water Act Section 401 permit in May of last year. And this January, anticipating another permit denial, Jordan Cove LNG withdrew its Removal-Fill application from the Oregon Department of State Lands.

Many voices spoke out against FERC’s decision.

“The Klamath Tribes is disappointed that FERC would approve a project that would harm the cultural and natural resources that are vital to our people and that we reserved to be protected through our treaty,” said Chairman of the Klamath Tribes, Don Gentry.

“It is outrageous that in this time of crisis, when many people cannot even leave their homes safely, the Federal Government is prioritizing a fracked gas pipeline and export terminal that local communities and the State of Oregon have firmly said no to,” said Sandy Lyon, an impacted landowner in Douglas County.

Impacted landowners, Tribal governments, environmental organizations, and other intervenors now have a 30-day window to appeal for a rehearing at FERC. The state of Oregon may also petition FERC for a rehearing.