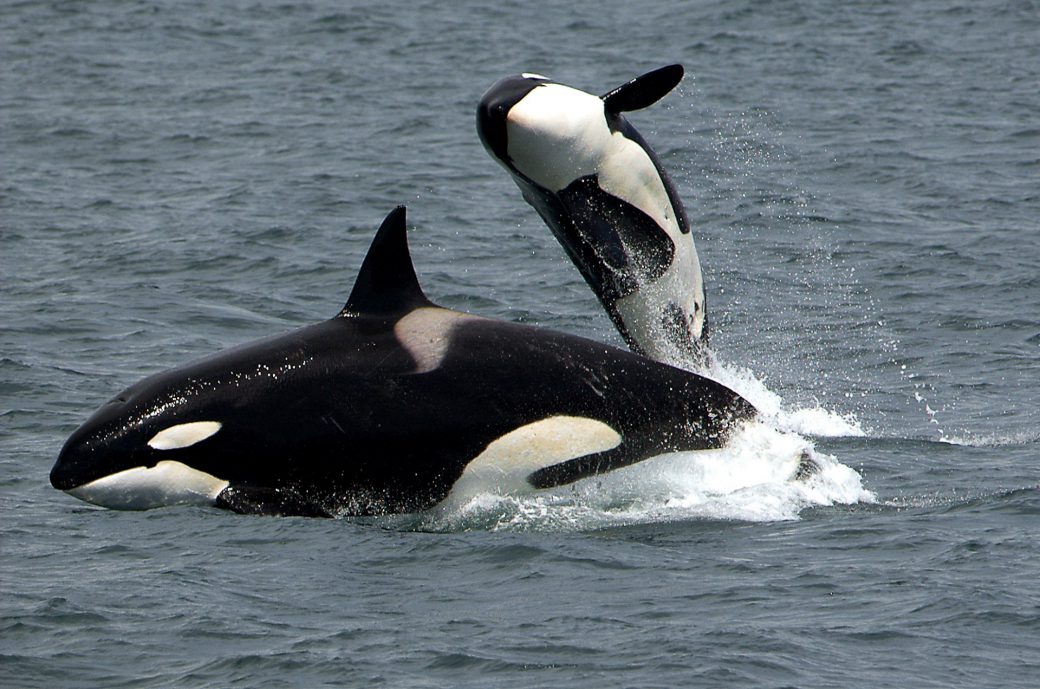 On behalf of a large coalition of local groups, Crag challenged the expansion of the Tesoro oil refinery in Anacortes, Washington. Tesoro wanted to produce a new fossil fuel-based product called mixed xylenes. This product would have been made from refined crude oil and then shipped through the Salish Sea to Asia to make plastics or other similar products.

The Salish Sea provides habitat for Southern Resident killer whales, salmon, seabirds, and host of other sensitive species. Many residents of island communities in the Salish Sea rely on consistent and predictable ferry service for their livelihoods. And thousands of visitors come to the San Juan islands every year to enjoy countless recreational opportunities and take in the magnificent northwest Washington scenery. All of this was threatened by the proposed refinery expansion.

In the big picture, this project was just one more way for the oil industry to get its dirty crude oil products to market. The Salish Sea is under attack from a number of fossil fuel projects that will dramatically increase the risk of a major accident in habitat for orca whales, salmon, marine mammals, and seabirds—thereby threatening a vibrant local economy dependent on outdoor recreation and tourism.

The expansion project would cost $400 million, and Tesoro hopes to produce 15,000 barrels per day of mixed xylenes, or 230 million gallons per year. Right now, the United States exports a total of 15,000 barrels per day of mixed xylenes, mostly from Texas—so this one project would double the nation’s export. All 230 million gallons of the xylenes would be loaded onto marine vessels at Tesoro’s aging wharf in Anacortes and then shipped through the busy traffic lanes of the Salish Sea. The project would pose significant safety risks to local communities in and around the Salish Sea. A major accident involving millions of gallons of xylenes and fuel for the vessels could cut off isolated island communities for days or weeks at a time, interfering with emergency response services and other basic community needs. The project would also emit more than 3 million tons of greenhouse gases per year.

Southern Resident killer whales, an endangered species in both the US and Canada, are the smallest of four communities of killer whales in the North American Pacific Ocean, and the Salish Sea is their home. Since 1995, the number of whales in the Salish Sea has decreased to 75 individuals, the lowest it has been since the 70s. The 3 remaining pods are each lead by a matriarch who can be as many as 80 years old. They communicate through a complex system of calls that can travel 10 miles underwater, and the Southern Residents have a dialect that is different from that of any other killer whale community. Southern Residents feed primarily on Chinook salmon, but they do sometimes add other fish for variety. The biggest threats to these whales is availability of prey, pollution and contaminants, and vessels, and noise. The refinery expansion would mean more pollution and contaminants, more noise, and more and larger vessels in the Salish Sea.

In the Summer of 2018, Crag made our case to the Washington Shorelines Hearing Board, challenging many aspects of Skagit County’s environmental review and approval of the proposal.  We argued that Skagit County did not adequately analyze increased greenhouse gas emissions, risks posed by the additional vessel trips (including accidents and oil spills), and threats to orcas.

Although Skagit County has a duty under the law to fully and fairly disclose and consider environmental effects and develop a plan to mitigate them, the County determined that all of the impacts from the proposal would be “insignificant.” Our case alleged that despite the clear mandates of Washington law, the County had bowed to industry pressure and chose to simply bury its head in the sand.

Unfortunately, the Board ruled in favor of Skagit County and Tesoro, but it did so in an unprecedented way. In a normal case, the Board would hear from experts, weigh the evidence, and make independent legal conclusions about the adequacy of the County’s environmental review. But instead, the Board simply decided that our clients could not challenge the adequacy of the environmental review at all because they didn’t challenge Tesoro’s first permit.

This ruling from the Board was highly unusual. There is no statute, administrative rule, or court decision supporting the Board’s ruling that advocates must challenge the first permit issued for a project. In effect, the Board announced a new rule of law and then applied it retroactively to keep our clients out of the courtroom. 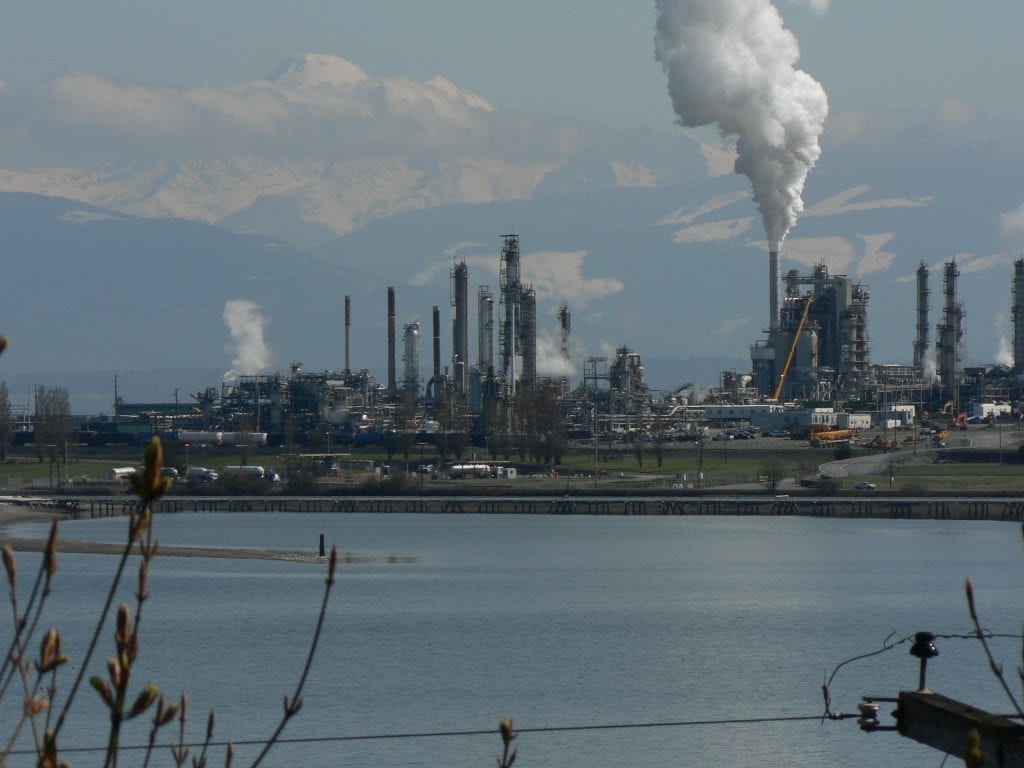 At the end of 2018, Crag prepared another appeal, this time to the Washington Superior Court. This new case challenged the Board’s decision as contrary to the statute, rule, and the Constitution.

In October of 2019, Crag scored an important victory from the Superior Court, obtaining an order requiring the Shorelines Hearings Board to fully review whether Skagit County adequately evaluated, disclosed to the public, and mitigated the impacts from the proposal.

In response to the Superior Court order, the six organizations, Skagit County, and Tesoro (the owner of the Refinery) entered into settlement negotiations. Rather than continue litigating over the adequacy of the County’s environmental review, Tesoro agreed to drop the petrochemical project—thereby eliminating the greenhouse gasses, vessel traffic, and other impacts altogether.

We worked with Stand.earth, RE Sources for Sustainable Communities, Friends of the San Juans, Evergreen Islands, Friends of the Earth, and the Sierra Club to protect the San Juans for local people, businesses, and a healthy marine environment. See what they have to say: https://www.facebook.com/standearth/videos/10155690411749221/

Oliver Stiefel, the staff attorney representing the coalition, said: “Major infrastructure projects like this one, which pose significant environmental impacts for years to come, are exactly the reason we have laws in place requiring robust and and comprehensive environmental review. Our clients are entitled to their day in court .”

On December 30, 2019, the owners of the Anacortes Oil Refinery agreed to withdraw plans to produce and export mixed xylenes- a petrochemical product. In exchange, six environmental organizations represented by Crag agreed to drop an ongoing appeal of related permits. Skagit County, which issued the permits, has also signed the agreement.

“This agreement is a win for the Salish Sea, local air quality, and public health,” said Eddy Ury, Clean Energy Program Manager at RE Sources for Sustainable Communities, one of the six environmental organizations. “Tesoro packaged their petrochemical export project for environmental review together with unrelated upgrades for low-sulfur fuels and controlling dockside emissions, attempting to hide the impacts and make it more difficult to challenge. We called them out, and have arrived at a compromise that allows Tesoro to complete their clean products upgrades and emissions control system without the mixed xylenes project.”

What does this mean?

The xylenes project would have resulted in a direct climate impact equivalent to adding 75,000 vehicles on the road, in addition to impacts from adding 120 vessel transits annually through the narrow shipping channels in the Salish Sea, putting the critically endangered Southern Resident orcas in even more harm’s way. The settlement represents a big win for orcas and demonstrates the importance of standing up to dirty fossil fuel projects.