Crag Law Center and OPAL Environmental Justice have worked together on transit rights and with disadvantaged communities. Crag and OPAL have attempted to give these communities a voice through legal aid. We sat down with Vivian Satterfield, Deputy Director, to learn more about OPAL’s work and Crag’s role. 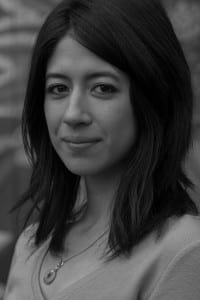 Could you explain OPAL and your mission?

We utilize a full-range of tactics, non-violent action, legal challenges, grassroots organizing in order to achieve those outcomes in our communities.

How would you define environmental justice?

Environmental justice really comes out of the civil rights movement. For us its about access to clean air, access to mobility, access to opportunity as it pertains to low income folks and communities of color here in Portland. Traditionally these communities have borne the brunt of the burdens of development and progress in the city. We have not been able to benefit directly from that, it is frequently at the cost of those communities. Environmental justice— I mean what does it look like it?— it means access to affordable, safe, well connected public transportation, it means students have access to that as well.

What are some main environmental injustices that you see in Oregon and in Portland?

The environmental injustices that we see pertain to access to transportation. Our longest standing program here is within our transit justice program. We organize bus riders through our bus riders unite (BRU) membership based program. And some of the first campaigns that BRU took on were better bus stops in east Portland. It rains a lot here in Portland so the fact that bus stop didn’t have lighting, didn’t have shelter, were located in areas without adequate sidewalks and street infrastructure was a huge concern to bus riders. That was one of our first campaigns actually to just get better bus stops in our neighborhoods and communities where folks tend to be more transit dependent.

Some of the other campaigns that we have worked on and won include extending transfer times. That is actually something that Crag helped us with. Here we have a time-based system so when you pay a fare you’re getting time, you’re not getting distance. So you can go up and down the street or you can go all across the region as long as you travel within that period of time and when Trimet was raising fares and cutting service effectively what that was doing was taking away the ability to have mobility. Crag was really instrumental in filing a Title VI complaint with the Federal Transportation Administration (FTA) because when Trimet had cut weekend transfer times from 3 hours to 2 hours, our riders immediately saw that as being problematic. But also, a violation of their federally protected civil rights. We were able to work with Crag to file a Title VI complaint, which is under the Civil Rights Act with the FTA to preserve that.

It was an historic decision that came back that ruled that a change in the transfer policy is actually a fare policy. Trimet was saying, ‘well time is not the same as money,’ even though the system treated it that way. That was one way that Crag has been instrumental in helping us further some of our campaigns.

Could you describe some other work you have done with Crag?

From the beginning Crag was instrumental in helping form OPAL. They were our fiscal sponsor when we started becoming a 501c3 nonprofit. So that’s a huge deal to be able to go from an idea, to a loosely formed group, to actually attaining that legal status of being a nonprofit. Most organizations need a fiscal sponsor to get going and start writing and receiving grants. Crag was that foot in the door for us. They really helped us get established as an organization so from the very beginning, Crag was there.

They also worked with us a lot on the beginning of our work around air quality. This is obviously something that we are still working on now, even 10 years later. Especially as it pertains to transportation since the bulk of the air quality issues that we see especially geographically in the communities that we work within are directly related to our transportation systems of car traffic and freight traffic.

Crag was also instrumental in working with us on federal litigation working with directly impacted citizens of Hayden Island, which is a direct correlation to the Columbia River Crossing (CRC), which is a mega project that ultimately died in legislature. It was all sort of related to the air quality and the construction impacts of that massive bridge project. Essentially Crag’s work with us in that litigation allowed for directly impacted folks to have a voice in that process, when as before they certainly didn’t.

And then of course the Title VI complaint, which is the most recent way that Crag has been able to support our work and help create that legal capacity in our communities to achieve the sort of outcomes we want to see.

What about Crag inspires you and your work?

What Crag has done to really inspire us here at OPAL and our work is the creative utilization of legal strategies and legal tools. The law doesn’t actually protect groups of people; it protects individuals. I think Crag has helped us understand how the law can actually be creative and how we can use it as a really effective tool even when it may not have been necessarily designed in that way. So I think that the leaps that Crag has made in making the law accessible to organizations, like OPAL, to offer that technical expertise and bring it down to a digestible level really shows Crag’s commitment.