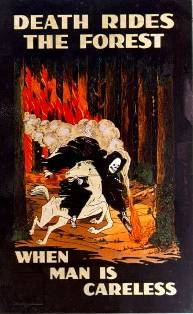 National Forest issued a one line statement pulling the Farley logging project in the face of objections from scientists. The Farley project proposed thousands of acres of logging in the rugged high elevation headwaters of the North Fork John Day River. The agency claimed it was restoring health to drier Ponderosa pine dominated forests at lower elevations, but it was mostly logging more complex moist and sub-alpine forests located at moderate to higher elevations. This landscape is home to the last best strongholds of wild fish in the interior and wildlife like wolves and goshawk. At the higher elevations it is marked by steep roadless areas.

Karen Coulter, the executive director of the Blue Mountains Biodiversity Project (based in Fossil, Oregon), worked with a team of volunteer surveyors and two top scientists to field verify the project. Dr. Richard Waring surveyed the scene and submitted his declaration along with relevant scientific studies.

Dr. Waring has worked cooperatively with various state and federal agencies for decades on ecosystem responses to climate and natural disturbance. He is one of the world’s top scientists in ecosystems and has extensive knowledge about the plants that grow in these areas. Dr. Waring has worked for decades conducting field experiments and publishing scientific papers on the natural patterns of disturbance like wind, disease insects and fire on trees and forests. Dr. Waring offered to bring his expertise to bear and through his field review and knowledge of the key science, he pointed out statements directly counter to the Forest Service’s claims in the Farley environmental impact statement regarding climate and insects.

Dr. Waring concluded that the Forest Service had the carbon balance wrong, and cited to studies by Mark Harmon and other top researchers that demonstrate that logging, whether by clearcutting or by extensive landscape thinning, results in large carbon releases, which are typically far more than any periodic natural disturbance like fire might release. His declaration underscored how the agency used fire as a scapegoat to go in and €œtreat€ the area. Disturbance, whether by fires or insects, as the science shows helps recycle nutrients, and restores the systems natural processes which do the best job of storing carbon.

The second significant shortcoming that the field team identified resulted from a gross oversimplification of the core question €“ how does building additional roads and landings to log mature trees in remote interior forest increase their resilience?

During the last administration, the Forest Service made it standard policy to conflate the scientific evidence

and use the potential for some benefit from thinning lower elevation Ponderosa pine forests as an excuse to go in and log the moderate and higher elevation lands dominated by moist mixed-conifer and sub-alpine forests. The declarations of Dr. Waring and Jon Rhodes both underscore how the Farley project would be counterproductive and not achieve forest health. Jonathan J. Rhodes, Planeto Azul Hydrological Consultants, looked at the vast increase in €œtemporary€ and €œrebuilt€ roads, landings and the negative impacts these operations would have on the survival and recovery of wild fish. The definition and expansive use of the term €œtemporary€ roads has in reality permitted more and more new roads to become existing roads €“ bringing with them invasive species and damage from continued use. As Rhodes pointed out, even if the use of the road is temporary the negative effects from sediment bleeding into the stressed aquatic system is permanent. Rhodes submitted a detailed rebuke of the claim that the project would reduce fire risk and squarely presented the scientific evidence that runs counter to the agency’s claims.

The Sierra Club Oregon Chapter’s Asante Riverwind stated that: €œI am very thankful for the work of the scientists who have shared their knowledge with our field staff and the agency. The science tells us where we can focus to get things done. To reach agreement on policy solutions, Oregonians must recognize that natural disturbance is healthy, not a reason to log. To build resilience as we face climate change, Oregonians need to protect the last remaining roadless areas, honestly account for the road network and halt scientifically misguided logging of the few old growth trees, both live and dead, that remain on the land.€