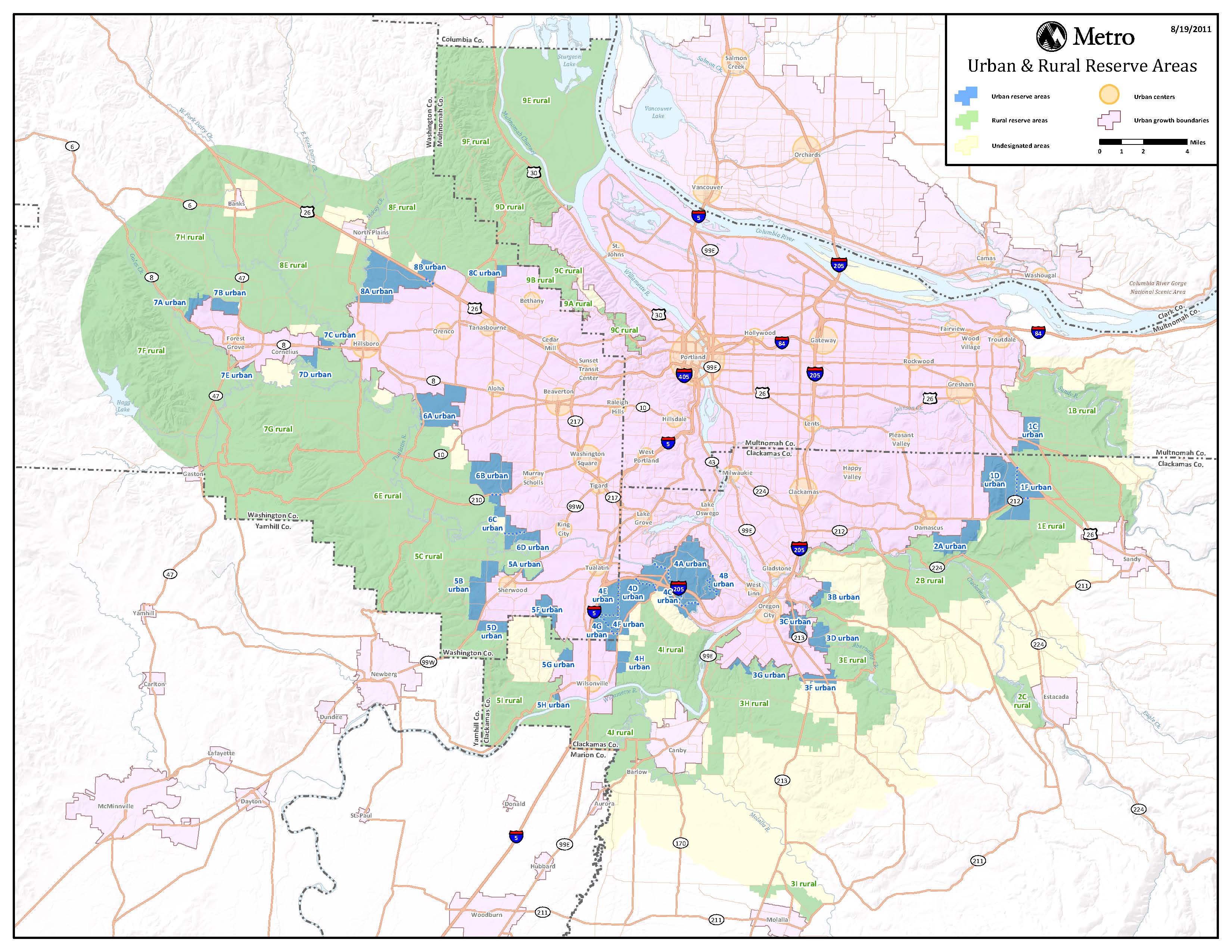 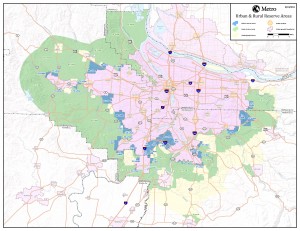 In addition to the regulatory framework that governs decision-making for individual development proposals, Oregon’s land use laws include a process for future planning for the growth of cities and, concurrently, the protection of rural areas around those cities.  Urban Growth Boundaries play an important role in shaping our communities’ growth.  Compare the compact and accessible Portland with the sprawling expanse of Phoenix or Atlanta, and you’ll understand the purpose of the UGB.

Within the Metro region, Oregon law requires planning for growth beyond the UGB.  Urban reserves are areas outside current Urban Growth Boundaries that allow for future expansion over a long-term period and efficient growth of public services.  Rural Reserves are areas set aside for the long-term protection of agricultural and forest resources, as well as important natural features like wildlife habitat, steep slopes, and floodplains.  The planning has many desired outcomes: vibrant communities, economic prosperity, safe and reliable transportation, leadership on climate change, clean air and water, and equity. 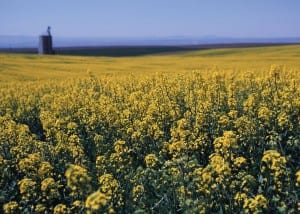 But when it comes to actually putting land into the reserve categories, things get sticky.  In 2010-2011, after years of work, the metro counties reached agreements as to reserve designations, and gained approval from the state planning agency.  But a recent Oregon Court of Appeals decision found serious problems with the reserves designations.  While there were issues in all three metro counties, Washington County’s was probably the worst, with the court finding that the county did not use legitimate factors in designating rural reserves.  The decision would push the reserves back to the drawing board.

Now the legislature has stepped in to broker a deal and try to get the reserves designations completed without another round of major review.  The goal would be to shorten the review time and finalizing the designations, but is it a good idea to have a legislative “fix”?  Settlement is often a good solution to end litigation.  On the other hand, does it make sense to have a deal struck with a few groups as a way to resolve what has been a public process lead by local governments under authority delegated by the state?  The reserves process has been a long one, fraught with difficultly, but I have to doubt the wisdom of a cut and paste deal made outside of the framework intended by our planning laws.  The parties to the case may still seek review by the Oregon Supreme Court, or the designations could go back to the drawing board.  Many in the region will be watching to see what happens next.