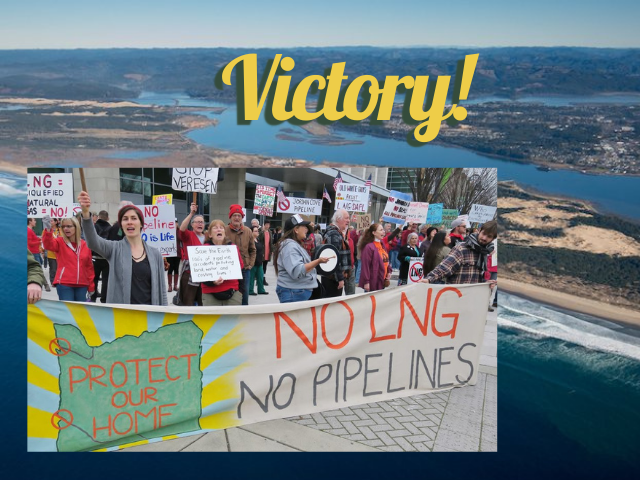 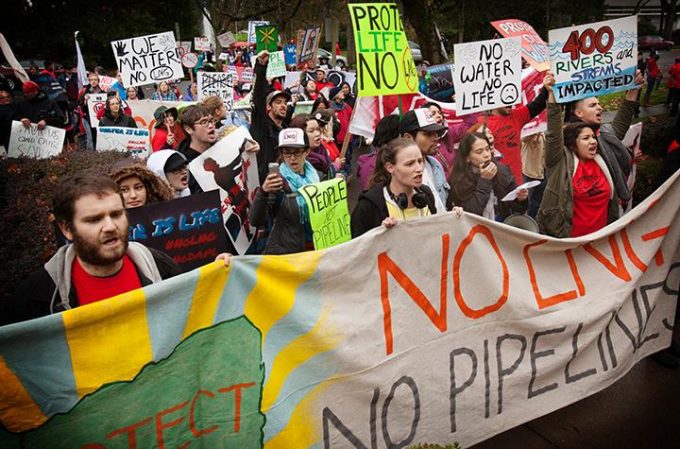 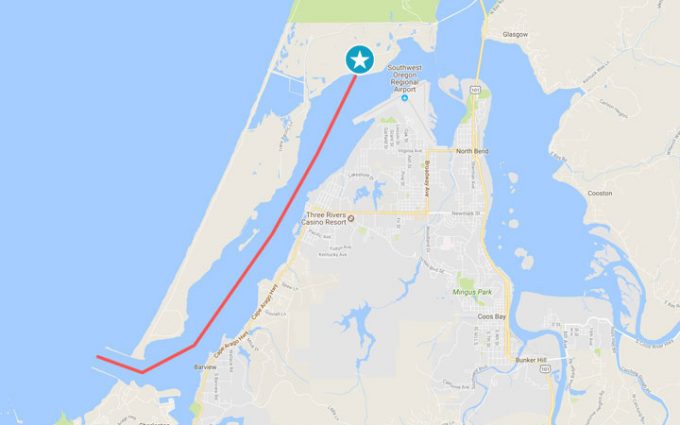 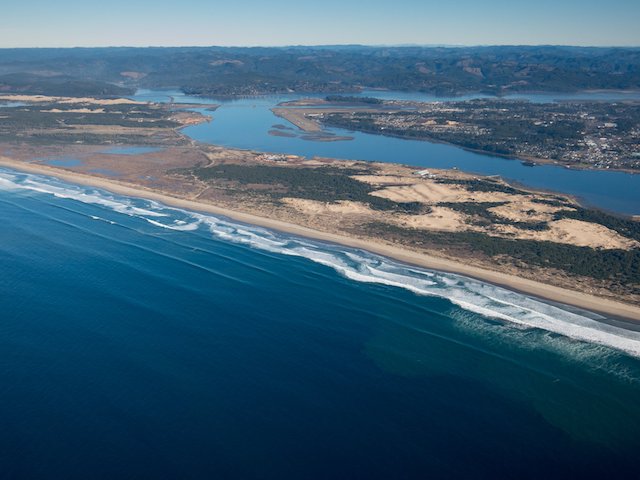 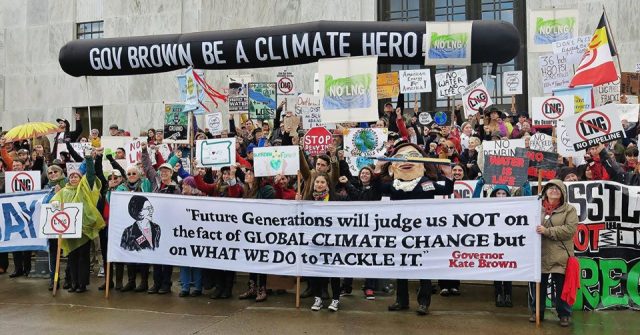 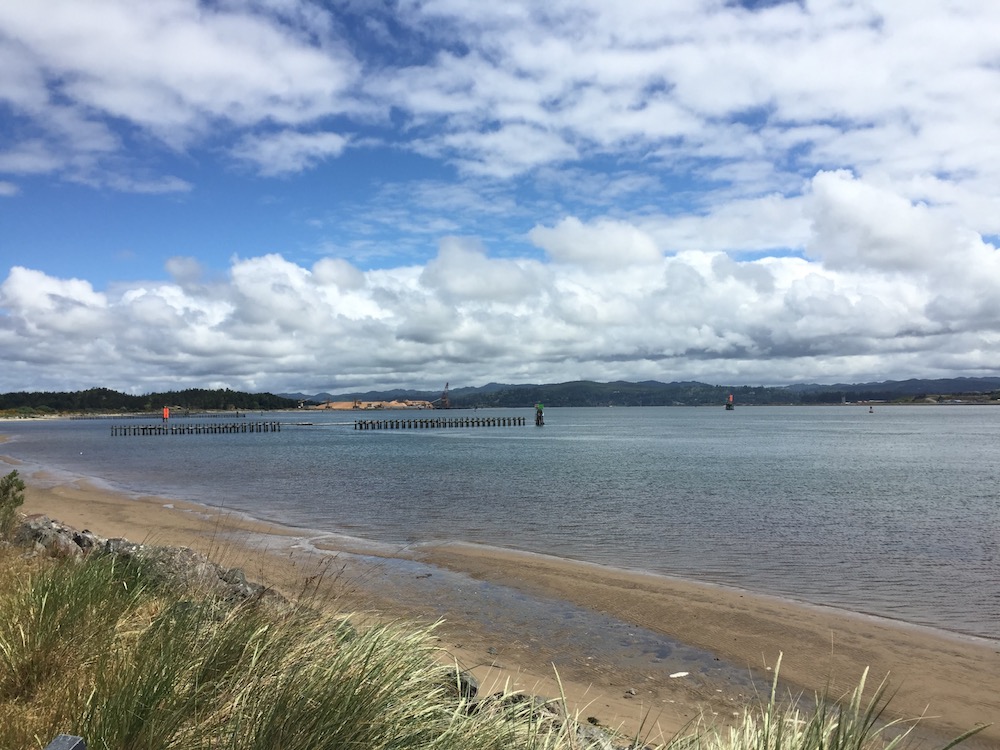 After more than 15 years of community organizing, the Jordan Cove LNG export terminal and fracked gas pipeline project is dead.

On December 1, 2021, Pembina, the Canadian company that tried to impose a fracked gas pipeline and export terminal on communities across Southern Oregon, filed a formal request asking the Federal Energy Regulatory Commission (FERC) to cancel its permit for the project. The company’s pipeline and export terminal subsidiaries “have decided not to move forward with the Project,” the request says.

Pembina’s cancellation of this project follows years of opposition from a broad coalition of Oregonians concerned about risks to health and safety, climate change, environmental impacts, landowner rights, impacts on indigenous communities, and the need to shift to clean energy jobs instead of expanding fossil fuel use. Crag has been supporting Oregon Shores Conservation Coalition and South Coast residents in this fight since 2004.

Fighting this project was truly a monumental effort, with coalition partners working at local, state and federal levels to hold decision makers accountable to cultural, environmental and climate protection goals. Crag played an integral role in helping communities hold the line at the local level. Our team developed robust public comments directed to state regulating agencies, helping to convince these decision-makers of the flaws in the project. This effort turned out to be pivotal, as it was the inability to obtain key state permits that the company cited as the reason to abandon the project.

Just as important, we successfully appealed and overturned a half-dozen local permits for the construction and operation of the marine terminal, pipeline crossing, and shipping channel in Coos Bay. Along with cases brought by the Confederated Tribes of Coos, Lower Umpqua and Siuslaw Indians, and Tonia Moro, an attorney in Southern Oregon who joined the fight to support communities along the pipeline route, these were the only legal decisions that overturned permits in this almost 2-decade-long battle.

“Pembina has finally admitted what we knew all along – Oregon communities would never stand aside to see this project built. We could not be more proud to have fought beside community members for more than 15 years to overturn local permits and convince state regulators of the flaws in this project.”

More than 50,000 Oregonians filed comments with state agencies when Pembina was unsuccessfully trying to show that it qualified for state permits. Tens of thousands attended public hearings over the past several years to express their opposition.

The Oregon Department of Environmental Quality denied Pembina’s application for a Clean Water Act Section 401 permit in 2019 and Pembina withdrew their application for a removal-fill permit from the Oregon Department of State Lands in 2020. In 2021, the U.S. Department of Commerce sustained Oregon’s objection to Jordan Cove LNG under the Coastal Zone Management Act and the Federal Energy Regulatory Commission determined that Oregon had not waived its authority to deny the Clean Water Act Section 401 certification.

“This is a hard fought and long overdue victory. For almost 18 years, an incredible coalition of community members and conservation groups, working alongside Tribes, have fought to protect our communities, ecosystems, drinking water, and climate from this dangerous project. We are so proud to have stood with this coalition.

This victory shows that when communities come together, they can take down giants.”

“This is amazing news. We knew the project wasn’t viable because of all the risks that it brought to our communities. I am thankful for the cooperative effort to bring about this victory. This is a significant relief for our communities who have been so concerned about the impacts for our members and the region as a whole.”

“The Jordan Cove Energy Project has occupied our South Coast community and the State of Oregon for over 15 years. Today’s long overdue decision provides an opportunity to move on to a discussion of a more sustainable future.”

May 11, 2020 – Orcas feeding on harbor seals in spring of last year on the west side of Coos Bay. LUBA overturned local permits that would have allowed Jordan Cove LNG to dredge this site to facilitate LNG export. The fracked gas company repeatedly characterized this site and others it proposed for dredging as being of “low ecological value.” Photo courtesy of Dr. Jan Hodder and Mike Graybill.

Crag represented Oregon Shores Conservation Coalition as the lead petitioner in the Coos County decision, with Citizens for Renewables intervening.