Where Are They Now? Erin Roohan

After growing up in New York City, working at Crag was the first time Erin Roohan had been to the West. This exposure to the West began her interest in western water and land issues and drove her to apply for her current job in Nevada as an attorney for the Legislative Counsel Bureau. 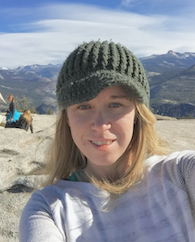 Erin Roohan, a former Crag intern, grew up next to the Atlantic Ocean and attended college next to the Hudson River. While there, she worked in the college archives where she was exposed to a collection of documents related to Scenic Hudson Preservation Conference v. the Federal Power Commission, a seminal environmental law case establishing standing for citizen-environmental groups. Reading through the archives of this case (and also experiencing and appreciating firsthand Storm King Mountain and the Hudson River Valley) got Erin interested in environmental law, primarily river and ocean conservation. She became interested in working at Crag Law Center after reading about its work on coastal communities and river protection.

While she was interning at Crag, Erin worked with Courtney Johnson, focusing on coastal communities and rivers. Her main project at Crag involved assisting in a case involving mining, NEPA and the Clean Water Act.  She also helped draft comment letters on two land exchange proposals.  During her time at Crag Erin learned a lot about the mechanics of environmental litigation, including the hours spent combing through environmental assessments or environmental impact statements.  She got to see her case argued before a judge, and also had the opportunity to meet the clients she was helping to represent.  Much of the other environmental law work she has been involved in has been environmental policy where she didn’t always get to see immediate impacts from her work and even working on a case in the office can feel very removed from the ultimate goals; to see the case through and hear from the clients reinforced the most important takeaway – the importance of the work and the people that are impacted.

Crag helped Erin to hone a number of skills for future legal work. It introduced her to a number of environmental issues which she continued to encounter, and also encouraged her interest in environmental law, specifically river protection, which drove her to work with American Rivers after she graduated law school. After growing up in New York City, working at Crag was also the first time she had been out west. This exposure to the west began her interest in western water and land issues and drove her to apply for her current job in Nevada.

The summer after Erin interned with Crag, she was enrolled in Georgetown’s Institute for Public Representation, an environmental law clinic, where she worked on a case dealing with fishery management issues. After law school, she did environmental policy work with American Rivers, focusing primarily on water conservation, stormwater management, dam removal and the Wild and Scenic Rivers Act. Following that experience, she clerked for courts in Washington, DC and Baltimore. This past September she moved to Nevada to begin working as an Attorney for the Legislative Counsel Bureau.

Erin started rock climbing the summer she worked at Crag and it has become one of her favorite activities, especially now that she lives in Nevada with ready access to so many mountains. She also loves bluegrass and folk music and tries to get to see as much live music as possible.

McKenna Ganz is a pre-law senior at Duke University.  She interned with the Crag Law Center in the summer of 2015 as part of the Duke Engage Portland program. She is majoring in Global Culture, Media, and Political Conflict with minors in Economics and Global Health.