Where Are They Now? Jessica Schafer 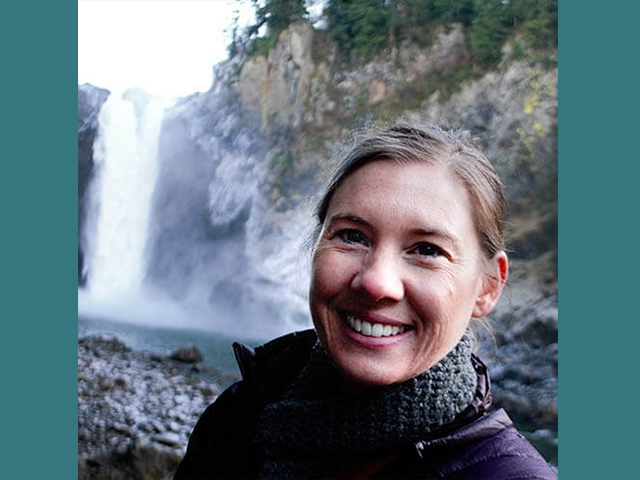 In this edition of Where Are They Now, we interviewed Jessica Schafer, a Summer Associate and Legal Intern with Crag in 2006. She currently serves as the Pacific Wildway Director at the Wildlands Network.

Jessica Schafer, once an intern at Crag in 2006, has been on the frontier of environmental law and advocacy since her graduation from Lewis and Clark Law School, devoting her passion and time to protecting the environment. Looking back after twelve years, Jessica cannot remember many details of her internship at Crag, but she feels it was a crucial experience that opened up her mind to a new form of environmental activism. “Working at Crag made me realize that this could be a viable career for me in the future.” Indeed she continues applying her knowledge in environmental law to aid the efforts of other on-the-ground environmental groups. Born in Southern California, the numerous conservation efforts, especially water conservation directed Jessica’s interests to the environment at a young age. Learning about different animals developed her passion for protecting the threatened wildlife in nature. That passion led her to study conservation biology at University of California, Davis. After graduation, she went back to Southern California and volunteered for the Audubon Society as a wildlife researcher. Monitoring and studying wildlife habitat and behavior were supposedly the dream job that she envisioned for herself when she chose conservation biology as her major. However, after doing some fieldwork, she felt that there was just something missing for her in that job. She started to pay attention to other kinds of environmental activism and immerse herself in more environmental literature and narratives that were not centered around biology, but the social and legal aspects of it. In the end, she went to Lewis and Clark Law School to explore another dimension of environmental issues. In law school, Jessica actively sought opportunities to work with environmental groups, establishing the connection between school knowledge and the actual challenges faced by these groups. Through this network of environmental groups, she got to know about Crag and its unique work. She worked with JD Brown in her second year and with Ralph in the subsequent summer. These experiences enabled her to “have a real look at how law affects activities that are on the ground.” Though legal work involved less direct interaction with nature compared to her previous endeavors, she saw immense potential in the judicial system that could bring about substantive changes in real life. Interning with JD and Ralph presented to Jessica two unexpected facets of environmental legal work. She got to meet very specific clients with JD while working on his oyster cases. She was able to connect the complicated legal text that she would read in the office with the people who were very “passionate about their own communities.” She traveled with JD to the see the landscape for herself and witness the litigation process with an empathetic understanding of the impact that each argument in court had on the communities. Ralph’s project on post-fire logging added an educational dimension to the work of an environmental lawyer. In addition to being meticulous in preparing and analyzing documents and being composed in front of judges, Ralph had to continuously channel his passion to different audience through a mixture of legal and non-technical languages in courts, casual coffee chats, meetings with clients and supporters and, of course, Jessica herself. Working with the two Crag lawyers helped her learn that law was not just a powerful tool but a robust vehicle for her personal passion and love for nature.

“I realized working like a Crag lawyer – could be a career, and I could support myself when doing it!”

After law school, she took a position at Gifford Pinchot Task Force (now called Cascade Forest Conservancy), a small nonprofit that aimed at protecting Cascades forests. As the only lawyer on the team at the time, Jessica expanded the organization’s work beyond traditional advocacy. Her experience with Crag enabled her to give directed advice to other members and stand in courts by herself. Terms and phrases such as timber sales, Endangered Species Act and post-fire logging popped up in her daily work, and she was thankful that Crag helped her familiarize with them one year before. Later she moved to Seattle and started her own consulting firm on environmental law and policies, applying her knowledge in a way to help other environmental nonprofits that did not have the legal expertise to advance their causes. Currently she spends most of her time serving as the Pacific Wildway Director at the Wildlands Network. Other than continuing litigating, which she has years of experience in now, she allocates about 35% of her energy in pushing for new legislation. This “return” to traditional advocacy really ties everything together, because dealing with existing laws equips her with the necessary skills and knowledge to identify the core of the issues that should be addressed in new legislation. Jessica has come a long way in environmental advocacy since her initial work with Crag. Nevertheless, her Crag ‘mentors’ really demonstrated to her the connections between passion, communities, institution and career. “I’m really thankful for Crag directing me into this area of work.” Read more about Jessica’s latest work here.