Where Are They Now? Kelsey Skaggs 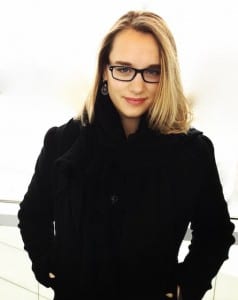 Kelsey Skaggs interned at Crag as a summer associate in 2014 after her first year of law school. Before attending law school at Harvard law, Kelsey studied international relations at the University of California, Davis. She grew up in Juneau, Alaska, which later had an impact on her career when studying environmental law.

Since Crag, she has interned at Universal Rights Group in Geneva, worked with Media Legal Defense Initiative in London, sued Harvard University to compel its administrators to divest its endowment from fossil fuel corporations, and finished law school. She has worked with issues ranging from the environment to freedom of expression. Kelsey is now starting an organization with two other newly graduated lawyers called the Climate Defense Project to provide legal support to the climate movement.

When Kelsey started at Crag, she was just finishing her first year of law school at Harvard Law. She found the internship at Crag through Chris Winter’s involvement in Oregon’s atmospheric trust litigation where he represented youth who were suing the government for not protecting the environment. “I wanted to work with Crag because the organization does a combination of cutting-edge work, like that lawsuit, and more traditional environmental law, and I wanted to experience both.” Through Crag, she discovered the cases she enjoys working on and “learned about the actual content of environmental law” since she had not yet studied the subject in only one year of law school.

In her free time, Kelsey enjoys hiking, reading, taking dance classes, and spending time near the ocean. Through Crag, her studies, and her outdoor activities, Kelsey soon learned that her primary interest is climate change, which has now evolved into finding innovative ways in which law can empower climate activists. However, at Crag, she was exposed to an array of work.

“One of the things that I loved most about Crag was that I worked on a wide range of cases. The first case that I worked on was about timber issues in the Alaskan region where I grew up! It was great to open up the material for my first assignment and understand that the work I was doing affected some of the things I love the most. Another highlight was working on an environmental justice case; it was very educational and rewarding to work directly with Crag’s clients.”

Kelsey hopes to continue working on climate change issues and find success in her new organization, the Climate Defense Project. As a lawyer, she evolved during her final two years at law school, finding more tools to use in her work now and her summer at Crag provided her with insight and exposure to environmental law.

Lindsey Zimmer is a senior at Duke University studying environmental science and policy. She interned at Crag through the Duke Engage program during the summer of 2016.