Where are they Now? Sean Malone

In this installment of “Where are they Now?,” we spoke with Crag alumnus and friend Sean Malone. Sean worked as a Summer Associate at Crag in 2007 during his time at Gonzaga University’s School of Law and now works as a private practice attorney out of Eugene, Oregon with an emphasis on public interest environmental law. 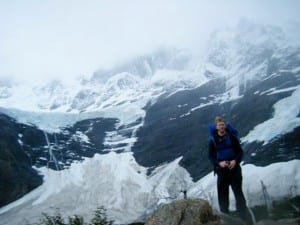 When he entered law school, Sean Malone knew that he wanted to practice public interest environmental law, and working with Crag gave him the experience and confidence to pursue his goal. During his time at Crag, he assisted on several cases, including challenging irresponsible timber sales on public lands and fighting against large developments on farmland and forests.

“What means the most to me is my ability to represent individuals seeking to enforce environmental laws on behalf of the public interest, and that is exactly what Crag does every day.”

Sean credits his Crag internship with providing him the skills, experience, and guidance he needed to enter the field of public interest environmental law. “Crag has had an indelible impact on me and my work,” he said recently. “Without Crag, I would not have had the opportunities that eventually evolved into my own practice.  Crag, their staff attorneys, and their volunteers were critical for me in constructing a successful practice. Though initially I was an intern at Crag, I am happy to now call their staff attorneys and volunteers my colleagues and friends. Thanks, Ralph, Chris, JD, Tanya, and Courtney!”

This interview was conducted by Sean Galvin and written by Beth Keegan, a writer and educator living in Portland, Oregon.  She holds a Master’s degree in creative writing from Portland State University.