A Win for the Skykomish 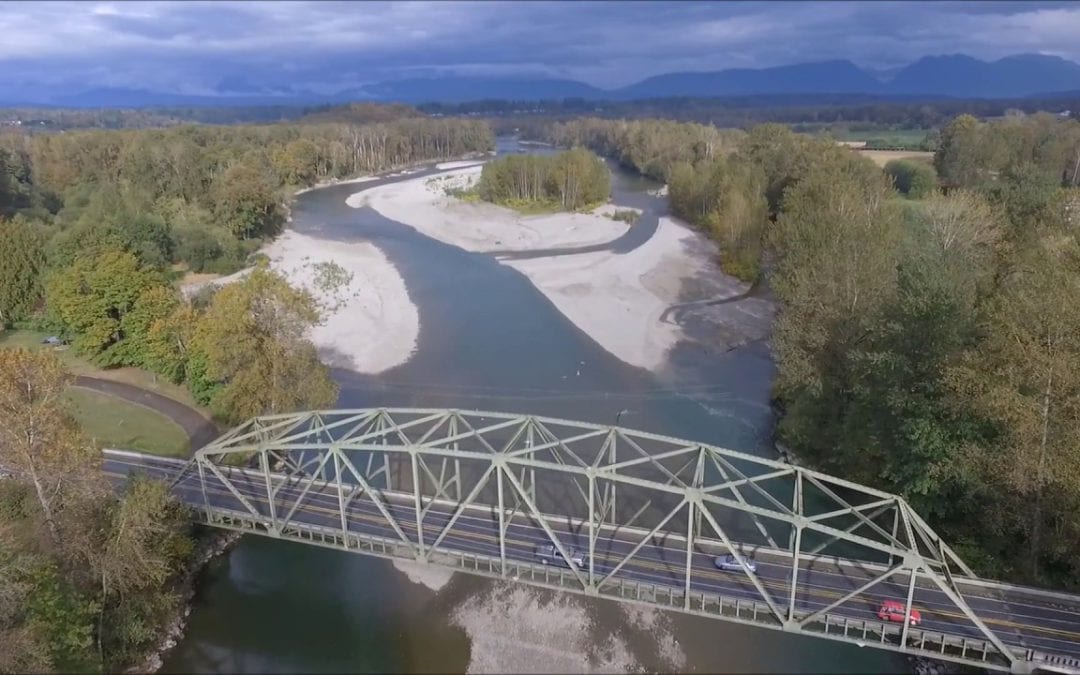 Today, the Washington Court of Appeals affirmed a decision of the Growth Management Hearings Board (the board) that invalidated actions of the City of Monroe, WA to rezone 43 acres of open land for intense commercial development along the Skykomish River. Crag represented a group of local residents in a legal action seeking to protect the important habitat and natural conditions of land along the Skykomish River.

The 43-acre property is within the Skykomish River floodplain and regularly floods – sometimes with up to 8 feet of water during a major flood event. A side channel of the Skykomish River runs through the property and provides habitat for listed threatened and endangered fish species. The property also contains several acres of wetland habitat and is bounded to the north by steep slopes with severe erosion hazard. Several of Crag’s clients and opponents of the proposal live atop the steep slopes above the wetlands proposed for development. 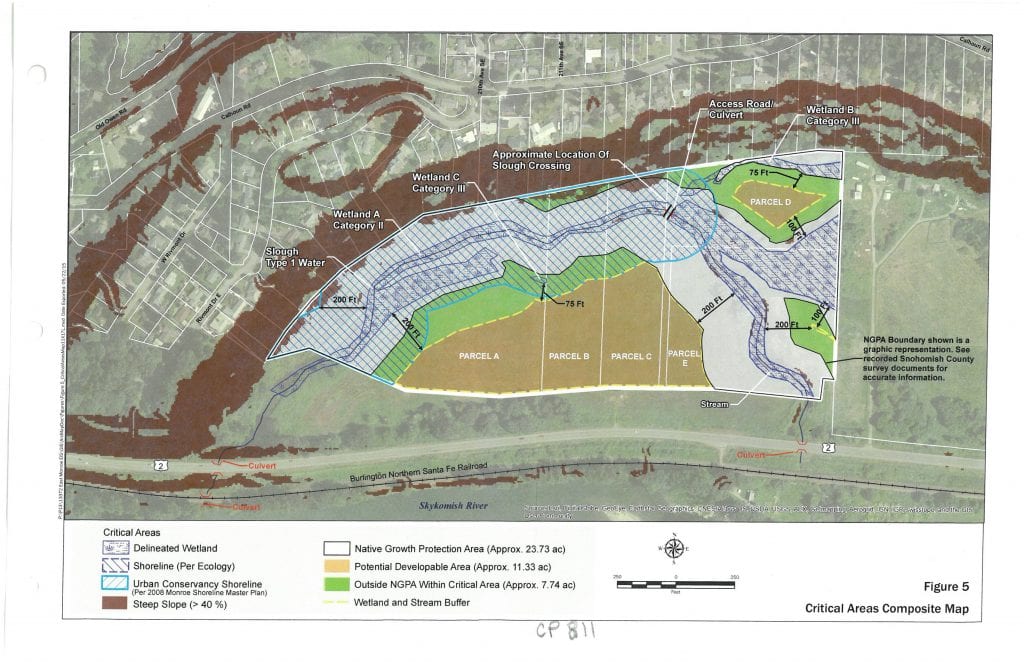 A map of the property showing wetlands and side channel critical areas as well as steep slopes to the north of the site.

If fully developed, the site would require significant grading and filling in order to raise the building area outside the floodplain. Filling the wetlands would change how water moves through the area and compromise the stability of the steep slopes bordering the site. Residents atop the slopes and state agency officials warned of the risks created by heavy development in slide-prone areas, citing the recent deadly landslide in Oso, WA. 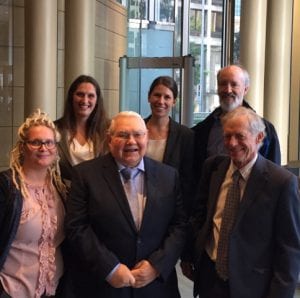 Crag Staff Attorney Maura Fahey with clients and co-counsel Jeff Eustis outside the courtroom for Division I of the Washington Court of Appeals.

The City has been attempting to rezone the property for commercial uses since 2012, but its environmental analysis has been held to be inadequate on three separate occasions. Our clients successfully challenged the City’s actions before a local hearings officer in 2012 and the board in 2014. The City was ordered by the board to do further environmental study on the potential impacts of development. In 2016, the board held that the City’s efforts to improve its environmental analysis and come into compliance with Washington’s Growth Management Act failed because the City still had not fully disclosed the environmental consequences of commercial development on the property. The board invalidated the City’s ordinances that rezoned the property.

The owner of the property sought direct review of the board’s decision in the Washington Court of Appeals, bypassing the Snohomish County Superior Court. Crag stepped in to represent the residents opposing the rezone to defend the decision of the board. The Court of Appeals rejected each of the property owner’s arguments and affirmed the board’s decision. The City will now need to decide whether to again attempt to address the inadequacies in its environmental analysis or abandon its efforts to rezone the property for commercial development.

Crag and our clients are thrilled with the decision. We will continue to monitor the City’s actions on this sensitive property and ensure that the important habitat values of the site are preserved and that risks to property and human life are avoided.