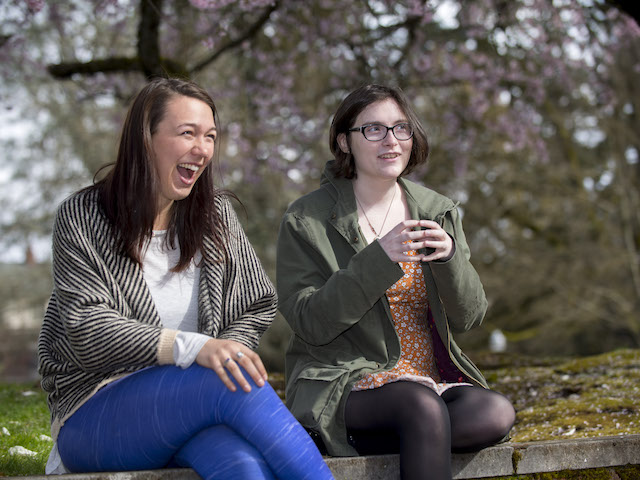 On July 31, 2019, Crag filed Kelsey and Ollie’s opening brief to the Supreme Court. The brief argues that the public trust doctrine is grounded in the people’s rights to shared essential natural resources and requires the state to protect those resources in trust for all Oregonians. Five other briefs from “friends of the court” were also filed in support of the youth’s case, representing Oregon legislators, Multnomah and Lane counties, businesses, conservation and justice organizations, faith groups, law professors, and the Oregon Trial Lawyers Association. The State will file its responsive brief in the first week of September, and the youth will have one final opportunity for a written reply before oral arguments on November 13 at David Douglas High School in East Portland.

Crag first filed the case on behalf of the youth in 2011. Kelsey Juliana, now age 23, and Ollie Chernaik, now age 18, brought the case to correct violations of their legal rights and to prevent the irreversible catastrophes facing the state and their futures if climate disruption is not stopped. After an initial win from the Court of Appeals in 2014 that kept their case alive, in January the Court of Appeals issued a disappointing decision that would allow the state to sit back and allow the waters, wildlife, and other natural resources of the state to waste away in the face of climate change impacts.

The youth plaintiffs asked the Supreme Court to review, and ultimately reverse, the Court of Appeals decision. Multnomah County, 69 law professors, and over 50 individuals and organizations representing a wide variety of interests, including government, communities of color, public health, youth, faith, business, conservation, and education, filed amicus briefs supporting the youth and also asking the Supreme Court to review the case.

Kelsey Juliana, 23-year-old plaintiff from Eugene and also one of the 21 youth plaintiffs in the constitutional climate lawsuit, Juliana v. United States, said:

“Today I am left feeling extremely optimistic. I hope that the Oregon Supreme Court will recognize that the climate crisis is here and hold the State accountable to its role in preventing the worst impacts of climate change before it’s too late.”

“We are thrilled that the state’s highest court has recognized the importance of this case and the need to clarify the role of our state government in addressing climate change.”

In its January 2019 decision, the Court of Appeals ruled that the common law public trust doctrine imposes no affirmative duty on the state to protect public trust resources like beaches. The court declined to state which natural resources fall within the scope of the public trust, leaving much of the youth plaintiffs’ questions unanswered.

Kelsey and Ollie’s complaint demanded that Oregon comply with its public trust duty to reduce its share of carbon dioxide emissions–in line with the scientific prescription to stabilize the global climate at carbon dioxide concentrations below 350 parts per million (ppm) by 2100. For the past eight years, the youth have been represented by Crag Law Center and supported by Eugene-based non-profit Our Children’s Trust. Oregon Governor Kate Brown and Attorney General Ellen Rosenblum continue to defend the State’s failure to address climate change, arguing that the State has no legal obligation to the youth to protect public trust resources from climate change.

The case is one of many related legal actions brought by youth in several states and countries, all seeking science-based action by governments to stabilize the climate system. Our Children’s Trust and Crag Law Center also support the federal climate lawsuit, Juliana v. United States, which was brought by 21 youth plaintiffs, including Chernaik v. Brown plaintiff Kelsey Juliana, and the parallel case in Washington State.

Make a donation to support these brave youth as they fight for climate justice!