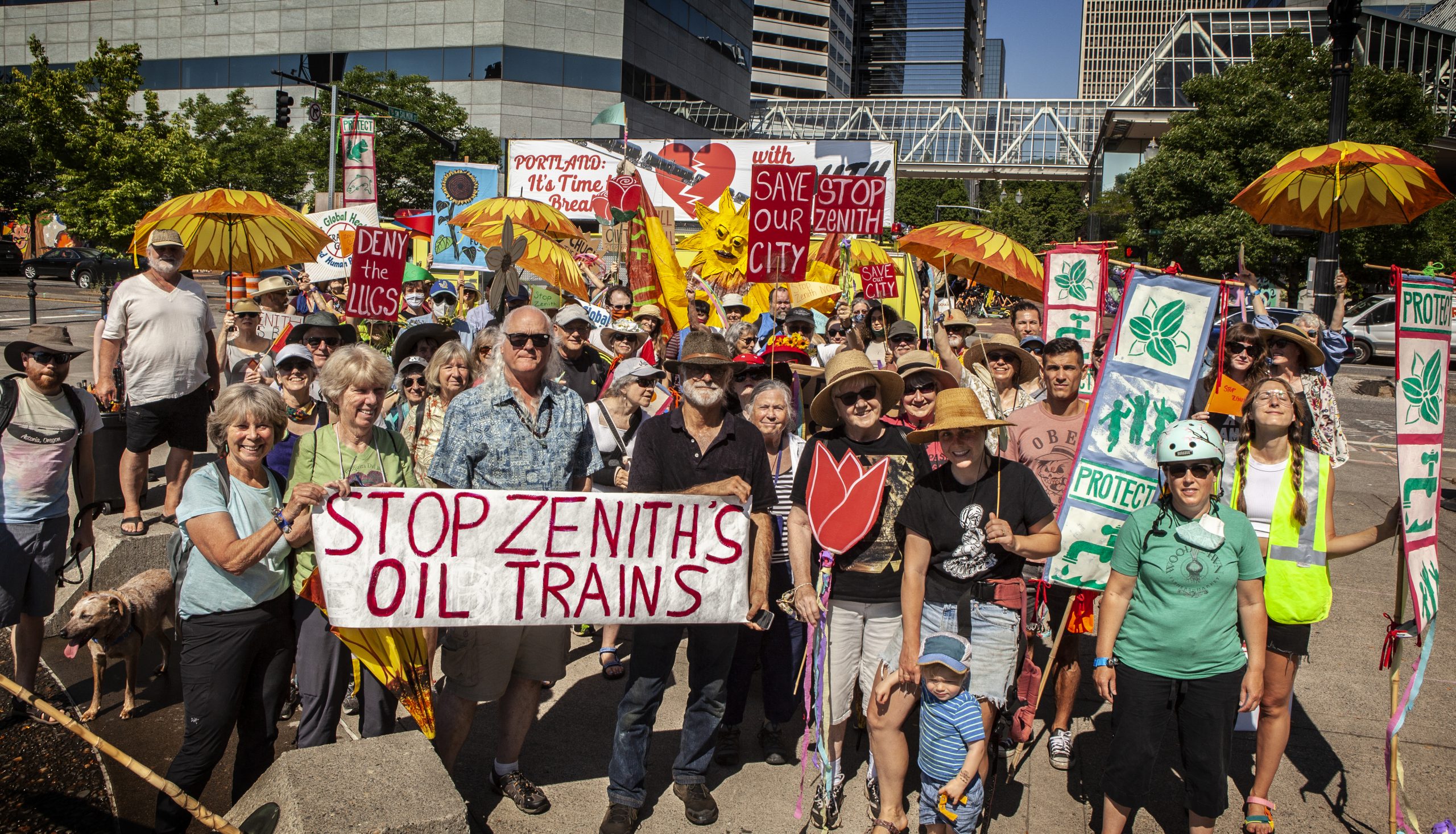 Zenith Energy is a fossil fuel storage and infrastructure corporation that stores millions of barrels of fuel.The company has terminals located across North America and Europe. Zenith’s Portland terminal is a transloading facility for fossil fuel that transports fuels via train, ship and truck to destinations outside Oregon.

Zenith is relentless in their efforts to expand their fossil fuel infrastructure. Between 2017 and 2018, Zenith expanded its rail unloading capacity from 12 rail cars to 44 rail cars per day. With this expansion, Zenith has exponentially increased its handling of crude oil at the facility. In October 2019, the City of Portland, however, denied Zenith’s initial permit request for the expansion of pipeline infrastructure. In July 2020, the Department of Environmental Quality (DEQ) notified Zenith that it was required to obtain an updated Land Use Compatibility Statement (LUCS) before receiving renewal of its Title V air quality permit.

On August 27, 2021, the City denied Zenith’s LUCS application for an oil-by-rail storage and transfer facility. The City determined that activities at Zenith’s facility were not compatible with numerous policies in the City’s 2035 Comprehensive Plan focused on the climate, equity, natural hazards and public health.

Following the City’s LUCS application denial, the DEQ denied Zenith’s Title V permit renewal. Since these denials, Zenith has filed an appeal and continues to fight the City’s decision.

On behalf of our clients Willamette Riverkeeper and Columbia Riverkeeper, Crag filed a Motion to Intervene in support of the City of Portland’s Bureau of Development Services at the Oregon Land Use Board of Appeals (LUBA). In doing so, Crag and our clients stand in support of the City’s decision to deny Zenith’s LUCS and prevent further expansion of fossil fuel infrastructure.

We can no longer allow corporations, like Zenith to put our communities and environmental health at risk for their profits. Zenith’s crude oil storage and transloading operations pose a major environmental health threat to Oregon and its residents. One major concern in particular is Zenith’s oil-by-rail transportation of tar sands crude oil from Canada and North Dakota into Oregon. Oil-by-rail is an extremely dangerous and risky form of fossil fuel transportation. Derailments of train cars are not uncommon. When a derailment occurs, it can cause one or more train cars carrying crude oil to explode and spill gallons of oil into the surrounding region. Zenith’s oil-by-rail route runs alongside Oregon’s major waterways, the Columbia River and the Willamette River. Derailment, oil spills and pollution endanger these waterways, wildlife and community health. 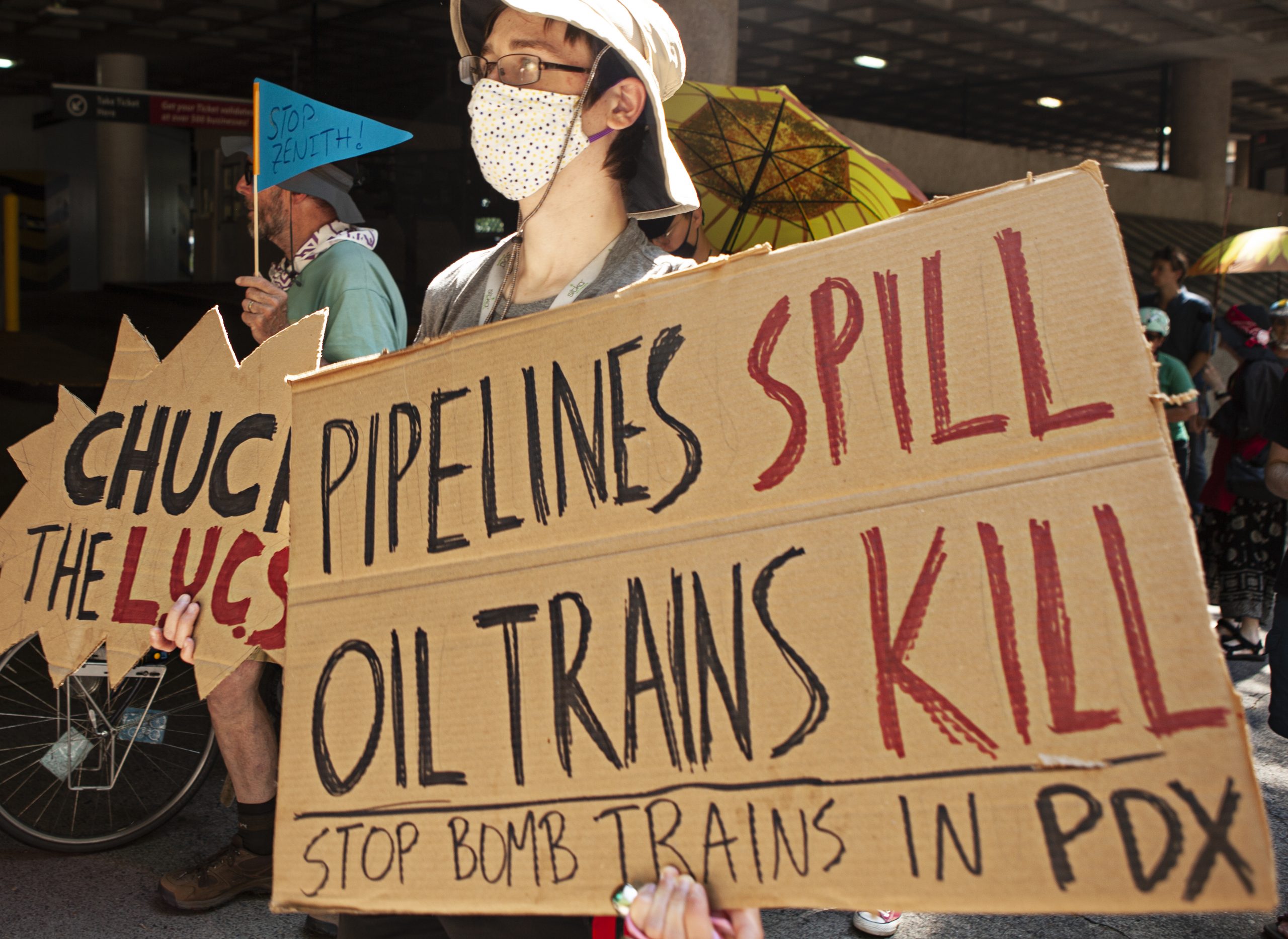 In addition to their transloading operations, Zenith’s storage facility in Portland also poses immediate threats to the surrounding communities and environment. Portland is located atop  the Cascadia Subduction Zone. This major fault line has been long overdue for a seismic shift that may result in a catastrophic earthquake. The Zenith Portland Terminal is located in the Northwest Industrial district directly along the Willamette River waterfront. This area has been identified as a liquefaction zone, indicating that it has an enormous risk of structural damage and collapse in the event of an earthquake. The collapse of these storage facilities could have devastating impacts, spilling more than a million gallons of crude oil into the Willamette River.

Crag and our partners support the City’s commitment to restrict fossil fuel infrastructure in Portland. In moving away from a fossil fuel economy, we can pave the way for more sustainable energy projects and take proactive steps to help reduce our impact on the climate. Overwhelming community organization and support have clearly indicated that Lower Columbia River residents want to build a more resilient and just future by saying “no” to Zenith. 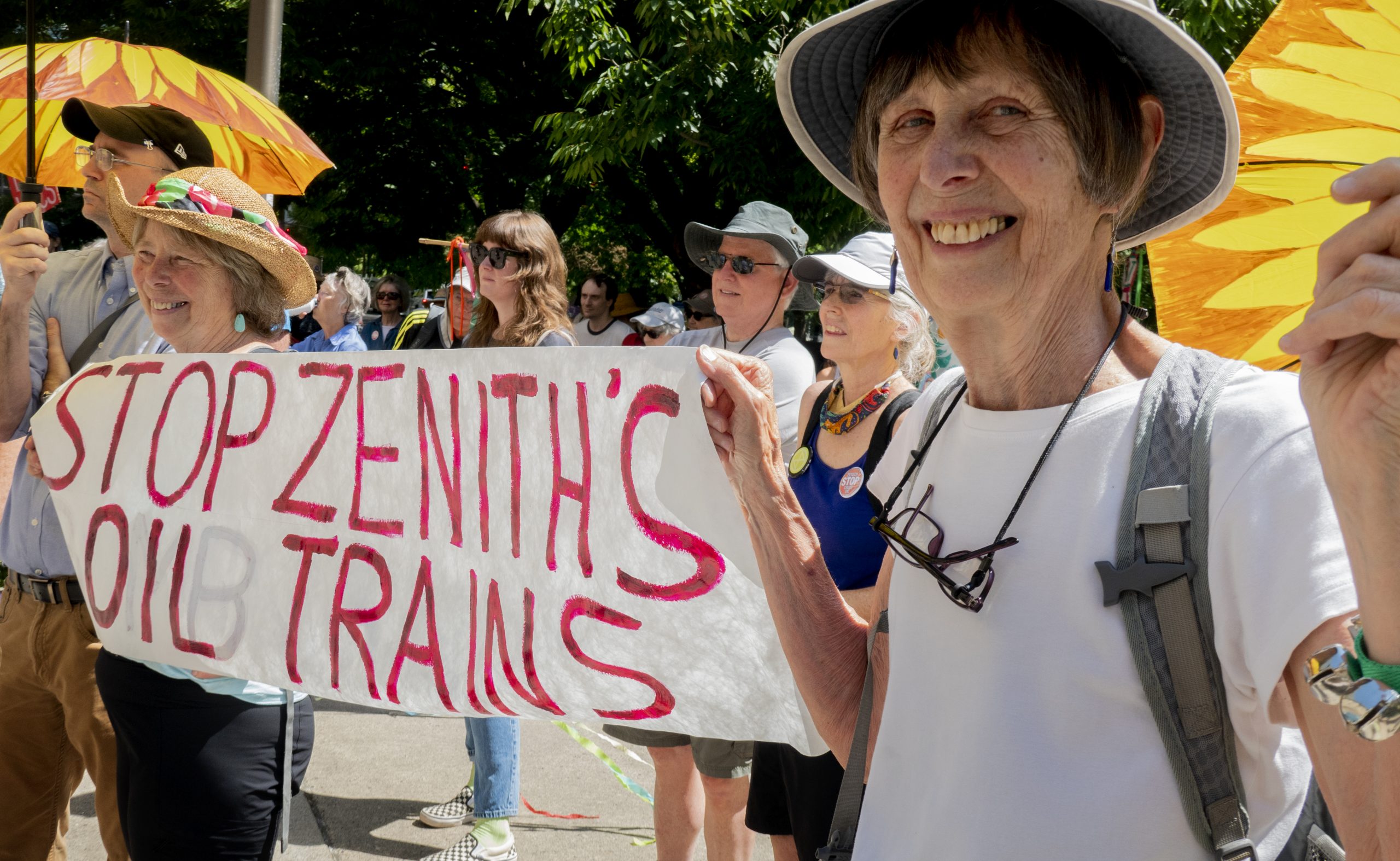 In response to Zenith’s attempts to expand their fossil fuel infrastructure, coalitions, organizers and community members came together in opposition. Over the past years and months, many community members spoke out in testimonials, wrote comments and marched in protest. The fight against Zenith has been a major team effort.